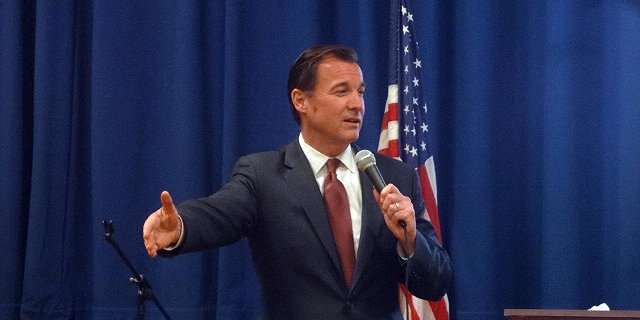 Long Island, NY – April 4, 2017 - Today, Congressman Tom Suozzi (D-Long Island, Queens) proudly announced the start of the Artistic Discovery Contest, a nation-wide high school art competition. The contest is open to all high school students living in New York's Third Congressional District, and the winning artwork will be displayed in the U.S. Capitol for one year. The top three runners-up will have their submissions shown in Congressman Suozzi’s Washington, D.C., Huntington, and Queens offices.
Suozzi spokesperson Lou Wasson said "the Congressman, who serves as Chairman of the Morgan Park Summer Music Festival, commissioned a painting by Mort Kunstler to paint the accurate portrayal of Washington's Crossing the Delaware, and included artwork as part of the historic renovations of the Glen Cove City Hall and the Nassau County Theodore Roosevelt Executive and Legislative buildings, has always been a strong supporter of the arts."
All entries must be submitted to Congressman Suozzi's Huntington office no later than 5:30pm on April 26th, 2017. There will be a reception a few days later, where first place and runners-up will be announced. The first-place student and their family will receive transportation to Washington, D.C. for a ceremony at the Capitol.
Rules and guidelines for the competition can be found here.