Antifa vs. Ayn Rand on Tom Needham’s The Sounds of Film

‘ANTIFA: The Anti-Fascists Handbook’ author, Mark Bray, and the Ayn Rand Institute’s Yaron Brook are Tom Needham’s guests this Thursday on WUSB’s ‘The Sounds of Film.’ 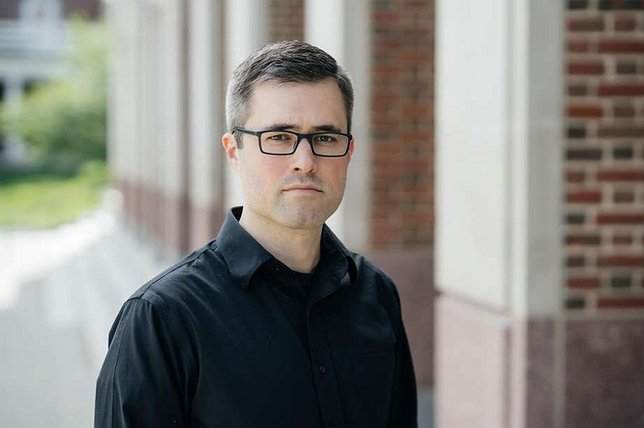 Stony Brook, NY - April 3, 2018 - Mark Bray, the author of ‘ANTIFA: The Anti-Fascists Handbook,’ and Yaron Brook, the co-author of ‘In Pursuit of Wealth: The Moral Case for Finance’ will be Tom Needham’s exclusive guests this Thursday at 6 P.M. on ‘The Sounds of Film.’
Historian and Occupy Wall Street organizer, Mark Bray, has become the media’s authority on Antifa.  His book, ‘ANTIFA: The Anti-Fascists Handbook’ provides a full history of anti-fascism.  The book utilizes interviews with anti-fascists from around the world who have suddenly burst into the headlines demonstrating opposition to the Trump administration and the alt-right. Often clad in black with balaclavas covering their faces, anti-fascists aim to deny fascists the opportunity to promote their oppressive politics.  Mark Bray has been a guest on NBC’s ‘Meet the Press,’ ‘Democracy Now,’ ‘On Contact with Chris Hedges’ and C-SPAN’s ‘Washington Journal.’ His writings have appeared in ‘The Washington Post,’ ‘Foreign Policy,’ and ‘Critical Quarterly.’
The Ayn Rand Institute’s Yaron Brook recently had a public speaking engagement shutdown by Antifa at King’s College in London.  The event was to feature a debate between Yaron Brook and Carl Benjamin.  On March 5th, masked Antifa interrupted the event when they allegedly lit a smoke bomb, assaulted security staff and attempted to grab the microphone.  Yaron Brook, host of ‘The Yaron Brook Show,’ will be talking to Tom Needham about the incident and the threat to free speech that Antifa and others present in our current climate.  He will also offer his insights into why the political left so fiercely opposes Ayn Rand’s philosophy.
About the Sounds of Film
The Sounds of Film is the nation’s longest-running film and music themed radio show. For the past 30 years, the program has delivered a popular mix of interviews and music to listeners all over Long Island, parts of Connecticut and streaming live worldwide on the internet. Past interviewees on the show include Congressman Steve Israel, Jimmy Webb, Whodini, Alexander Payne, Alec Baldwin, Jordan Peele, The Nation’s Katrina vanden Heuvel, Ernest Dickerson, Don McLean, and Carter Burwell.