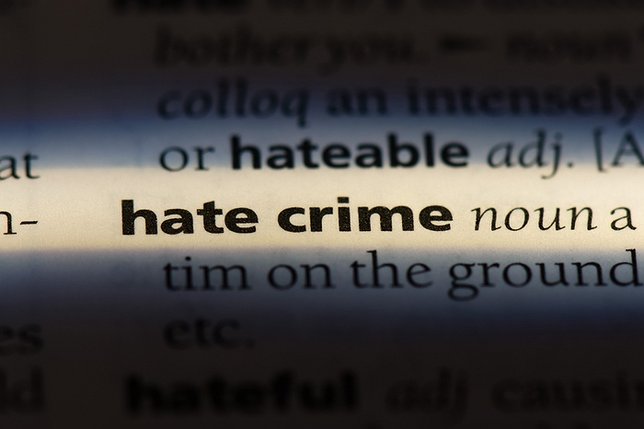 “Our nation is in the throes of a crisis right now in which members of non-white communities are being targeted and victimized,” District Attorney Sini said. “Recently, members of the Asian-American and Pacific Islander community have experienced a heightened number of attacks, which goes against everything we value as Americans. We want our community to know that these acts will not be tolerated here. We will not stand to let racism go unchecked in this County, or to turn a blind eye to crimes committed out of hate and discrimination. Our message here today, collectively, is ‘Not on our watch.’

“No one should feel unsafe in their own community – in their own home – because of who they are as a person, their race, ethnicity, nationality, gender, religion, age, disability or sexual orientation. This is why the members of our Hate Crimes Task Force will work tirelessly, in close collaboration with our law enforcement partners, to investigate each and every incident where bias could be a factor. By involving this team of specially-trained prosecutors from the outset of an investigation, we can ensure that every hate crime committed in our community results in enhanced charges to hold the perpetrators accountable.”

“In Suffolk County and all across New York State, diversity is our strength and it deserves to be celebrated,” County Executive Bellone said. “I applaud District Attorney Tim Sini for partnering with the Suffolk County Human Rights Commission and the Suffolk County Police Department to launch this critical initiative as we stand in solidarity against all forms of hatred and bias.”

“We want our communities to feel comfortable and confident to come forward and report any incident of hate,” Suffolk County Police Commissioner Geraldine Hart said. “Together, with our law enforcement and community partners, we will hold accountable those who spew hate and spread fear. The Hate Crimes Task Force will bring additional tools and resources and provide a true partnership to investigate and charge individuals with hate crimes.”

“We want to thank District Attorney Sini, County Executive Bellone and Commissioner Hart for dedicating the time and resources to this issue, which is something the Human Rights Commission has been adamantly working on over the years,” said Lynda Perdomo-Ayala, Chairperson of the Suffolk County Human Rights Commission. “One critical piece of this effort is the Stop Bias Program, which was developed and instituted by the Human Rights Commission and is something we are looking to strengthen in collaboration with the District Attorney’s Office so that we are addressing this issue in a comprehensive way and helping the community understand that hate crimes are not acceptable in Suffolk County.”

Prosecutors on the Hate Crimes Task Force will assist in the investigation of suspected bias-motivated incidents in collaboration with the SCPD’s Hate Crimes Unit and other law enforcement agencies from the immediate outset of the cases to ensure that individuals committing hate crimes and other bias-motivated offenses face enhanced charges and appropriate criminal consequences.

Additionally, members of the Task Force will both participate in advanced training on the investigation and prosecution of hate crimes and will provide training to the District Attorney’s Office and other law enforcement agencies in Suffolk County on bringing enhanced charges against hate crime offenders.

During the course of its investigations and prosecutions, the Hate Crimes Task Force will evaluate the sufficiency of the current hate crime statutes and work with District Attorney Sini to make recommendations to New York State legislators on amendments to strengthen the laws if needed.

The Hate Crimes Task Force is working with the Suffolk County Human Rights Commission to enhance the Stop Bias program, an educational program composed of two sessions in which the offender examines his or her motives for committing hate crimes, and learns why hate crimes are offensive to the injured person and community. Offenders meet with members of law enforcement, a sensitivity facilitator and a representative from the offended community. Participation in the Stop Bias program would be mandated for any defendants pending sentencing on a hate crime conviction.

The Task Force will also be assisted by the Suffolk County District Attorney’s Office’s Intake Bureau, which is staffed 24/7 and works with law enforcement at the time of arrest to assess the sufficiency of accusatory instruments, addresses any legal question or issue that may arise during the investigation or arrest, and begins gathering all documents and witness information needed to certify compliance with discovery laws. Intake Bureau ADAs will screen all incoming arrests for potential hate crime elements and will refer cases to the Task Force for further investigation. Each prosecuting Bureau of the Suffolk County District Attorney’s Office will also assist with screening and referral of cases to the Hate Crimes Task Force for investigation.

The creation of a Hate Crimes Task Force stemmed from a proposal by an internal working group in the District Attorney’s Office, which began working with various government agencies and community organizations in the summer of 2020 to compile best practices and produce a plan for implementation.

Under New York State Law, a person is guilty of a hate crime when he or she commits one of the specified offenses and either intentionally selects the person against whom the offense is committed or commits the offense in whole or in part because of a belief or perception regarding the race, color, national origin, ancestry, gender, gender identity or expression, religion, religious practice, age, disability or sexual orientation of a person, regardless of whether the belief or perception is correct.

The specified offenses for hate crimes include:

If you are the victim or witness of a hate crime in progress, call 911. To report a suspected hate crime or hate incident to the Suffolk County Police Department, call 1-800-220-TIPS.