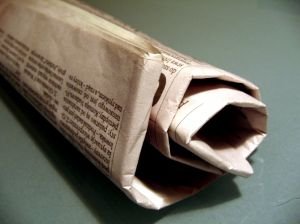 New York, NY - March 27, 2014 - A criminal complaint was unsealed today in federal court in the Eastern District of New York charging Benjamin Castellazzo, Jr.; Rocco Giangregorio; Glenn LaChance, Rocco Miraglia, also known as “Irving,” and Anthony Turzio, also known as “the Irish Guy,” with conspiring to defraud the Newspaper and Mail Deliverers’ Union (NMDU) and Hudson News in order to obtain a union card and employment at Hudson News for Castellazzo, Jr.
In addition, a three-count indictment was unsealed today in United States District Court for the Eastern District of New York charging Thomas Leonessa, also known as “Tommy Stacks,” with wire fraud, wire fraud conspiracy, and theft and embezzlement from employee benefit plans in an unrelated scheme. The indictment was returned under seal by a federal grand jury sitting in Brooklyn, New York, on March 6, 2014, and relates to Leonessa’s alleged “no show” job as a delivery driver for the New York Post.
Castellazzo, Jr., Giangregorio, LaChance, Miraglia, Turzio, and Leonessa were arrested earlier today, and their initial appearances are scheduled for this afternoon before United States Magistrate Judge Robert M. Levy at the United States Courthouse, 225 Cadman Plaza East, Brooklyn, New York.
The charges were announced by Loretta E. Lynch, United States Attorney for the Eastern District of New York, and George C. Venizelos, Assistant Director in Charge, Federal Bureau of Investigation (FBI), New York Field Office.
As alleged in the complaint, the NMDU is an independent union that represents approximately 1,500 employees involved in the newspaper industry in New York, New Jersey, and Connecticut. NMDU members deliver newspapers for the New York Times, The Wall Street Journal, the New York Daily News, the New York Post, and El Diario. Hudson News, which also employs members of the NMDU, is a retail chain of newsstands mainly located in major transportation hubs, including airports and train stations.
Between June 2009 and October 2009, Miraglia, who was a foreman at the New York Daily News—as well as an alleged associate of the Colombo organized crime family of La Cosa Nostra and the son of a deceased soldier in the Colombo family—conspired with officials of the NMDU and with Turzio, who was an employee of El Diario, to get an NMDU union card for Castellazzo, Jr. and place him in a job at Hudson News. Castellazzo, Jr. is the son of Benjamin Castellazzo, the alleged underboss of the Colombo family. Giangregorio and LaChance, who were business agents for the NMDU, also are charged with participating in this scheme.
As alleged in the indictment, Leonessa was employed by the New York Post to deliver newspapers by truck from a New York Post warehouse in the Bronx, New York, to New Jersey. He was also a member of the NMDU, which maintained offices, including offices for its welfare and pension funds, in Queens, New York. From about December 2010 to about September 2011, Leonessa had a “no show” job at the New York Post, that is, a job for which he was paid wages and benefits but which he did not perform. When Leonessa did not complete his required deliveries, he was nevertheless, based on his fraudulent representations, paid wages by the New York Post and accorded benefits from employee pension and welfare funds managed by the NMDU.
“Today’s arrests indicate that the NMDU and the newspaper delivery industry are, sadly, still subject to the influence of organized crime,” stated United States Attorney Lynch. “We cannot tolerate corruption in that industry, which is relied on by newspaper readers throughout New York City and beyond. We will prosecute anyone who seeks to obtain employment—or to maintain “no show” employment—in that industry by trading on the power of organized crime. Such acts not only lead to ill-gotten gains, but they also displace innocent, hard-working union members and would-be union members from jobs they have rightfully earned. We thank our partners at the Department of Labor, Office of Inspector General, Office of Labor Racketeering and Fraud Investigations, for their tremendous efforts to identify and root out these corrupt practices.” Ms. Lynch also extended her grateful appreciation to the New York City Police Department, the New York County District Attorney’s Office, and Waterfront Commission of New York Harbor for their assistance.
“As alleged, a paycheck in exchange for a hard day’s work was a foreign concept to these defendants. Instead, they engaged in a scheme to defraud the NMDU and Hudson News for easy money and personal gain. The FBI, along with its law enforcement partners, will continue to pursue allegations of corruption and fraud all levels,” stated FBI Assistant Director in Charge Venizelos.
The defendants are scheduled to be arraigned this afternoon before United States Magistrate Judge Robert M. Levy at the federal courthouse in Brooklyn. The charges in the complaint and indictment are merely allegations, and the defendants are presumed innocent unless and until proven guilty.
The government’s case is being prosecuted by Assistant United States Attorneys Elizabeth A. Geddes and Allon Lif****z and by Trial Attorney Joseph Wheatley of the Department of Justice’s Organized Crime and Gangs Section.
Defendants:
Benjamin Castellazzo, Jr.
Age: 48
Manahawkin, New Jersey
Rocco Giangregorio
Age: 39
Dumont, New Jersey
Glenn LaChance
Age: 50
Oceanside, New York
Rocco Miraglia
Age: 43
Staten Island, New York
Anthony Turzio
Age: 78
New York, New York
Thomas Leonessa
Age: 52
High Bridge, New Jersey