Projects Will Create Open Space to Serve as Buffers Against Future Flooding. 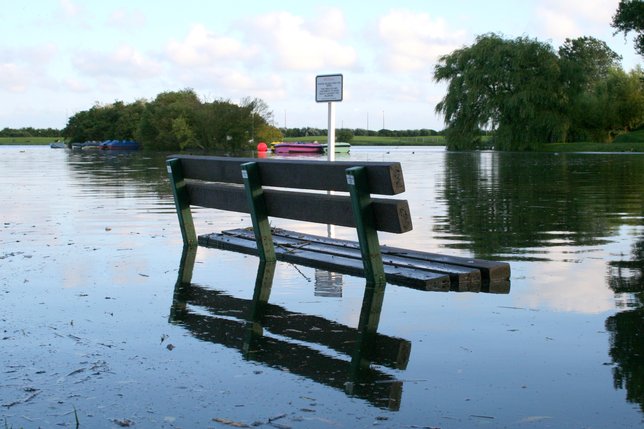 Long Island, NY - March 25, 2014 - A new, streamlined permitting process will expedite the demolition and removal of homes and ancillary structures that were damaged or destroyed by Hurricane Sandy, the State Department of Environmental Conservation (DEC) announced today. The General Permit in support of the State's Community Development Block Grant - (CDBG-DR) Program pertains to homes and structures located in areas within 100 feet of DEC-regulated freshwater wetlands.

"The devastation of Hurricane Sandy affected thousands of homes and residents, and New York State is committed to achieving greater resiliency to protect lives and property," DEC Commissioner Joe Martens said. "Governor Cuomo has led efforts to rebuild better and stronger, and this streamlined permit process will support projects that provide additional defense against flooding caused by storms like Sandy, Irene and Lee."

The streamlined General Permit will cover applicable projects in the five boroughs of New York City and other counties covered under CDBG where emergencies were declared for Sandy, Irene or Lee. The permit was issued to the New York State Homes and Community Renewal (NYS HCR), which operates the home buyout and acquisition program, and work will be done by NYS HCR-authorized contractors.

The Re-Create New York CDBG-DR program offers homeowners impacted by severe flooding during Superstorm Sandy the opportunity to voluntarily enter a home buyout program. Homes and structures would then be demolished and removed from floodplains, creating open spaces that will serve as buffer zones against future flooding and enhance flood retention and attenuation (weakening of peak flood flows). The wetlands buffer reclamation and restoration activities enabled under the permit will help to protect lives and prevent the destruction of property adjacent to wetlands and floodways when large storms occur.

The streamlined general permit focuses on using best management practices and predefined construction standards and demolition processes. The permit requires that demolition materials be removed from the site and properly disposed. The site then must be graded and seeded to make the area stable.

The permit only authorizes demolition in the adjacent wetlands areas, and does not authorize any demolition activities within freshwater wetlands or within tidal areas or tidal wetland adjacent areas.

DEC must review and approve authorization requests under the General Permit before activities can be initiated.

More than 100 communities across the state are now represented on New York Rising Community Reconstruction Planning Committees by community leaders, experts and officials who incorporate their community's unique needs into redevelopment strategies.