After Fire Destroys Zombie Home Vacant for Five Years, Town Tears it Down

Middle Island house had been home to a squatter who accidentally set a fire while using a gasoline generator indoors. 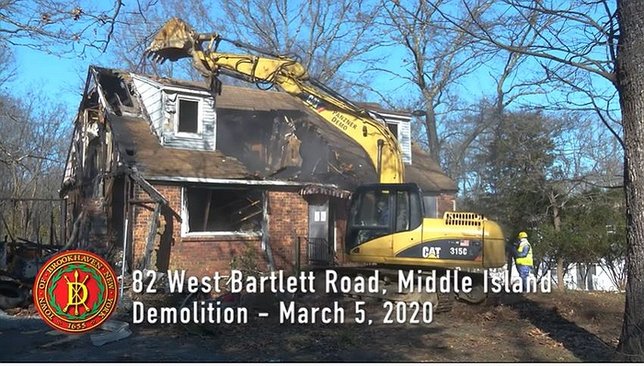 Zombie homes have been a growing concern on Long Island and local townships have been taking a more proactive role in making sure they get demolished. A zombie home is a house that has usually been foreclosed on or lays languid for years unoccupied as nature reclaims the property while squatters and criminals often make these abandoned properties their temporary home.

People living near a zombie home complain of criminal activity, trespassers and the decrepit condition of the home becomes more of an eyesore, dragging down their own property value. Often the owner racks up building code violations that never get addressed.

In Middle Island last week, Brookhaven Town took down a zombie home on 82 West Bartlett Road. The home had been vacant for five years and a fire ravaged the structure last August. Nearby resident, Jeffrey Taylor, happened on the scene and sent video of the fire to Brookhaven Town Councilman Michael Loguercio to highlight the dangerous situation.

A part of the town code allows it to “fast track” a zombie home to demolition to help rid neighborhoods of unsafe structures, according to a statement released by the town. 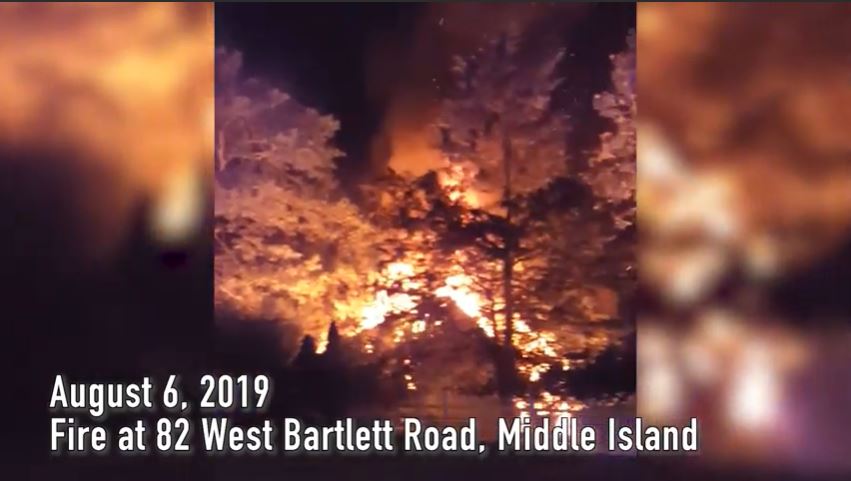 Taylor described the fire in a video that Brookhaven Town released showing the demolition of the home.

He said that a squatter was using a generator inside the home. While putting gasoline into the generator a fire erupted.

“I was fully engulfed within minutes,” Taylor said.

It took six fire departments over three hours to put out the blaze.

“The people who live in this neighborhood work hard to maintain their homes and it was important that we remove this one to improve their quality of life,” said Loguercio.