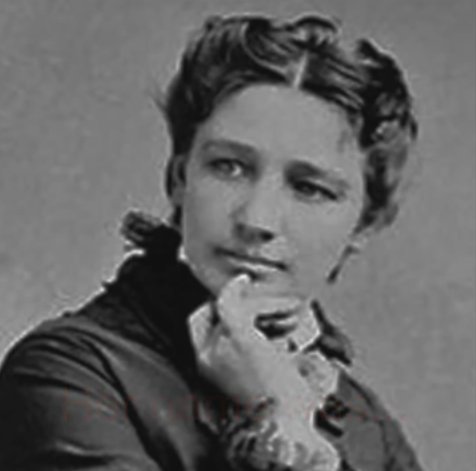 Northport, NY - March 6, 2014 - As part of the opening weekend of a new play being presented during Women’s History Month, Huntington Town Receiver of Taxes Ester Bivona and Huntington Town Clerk Jo-Ann Raia will be honored before performances.
Few people know the name of the first woman to run for President. Hint: It wasn't Hillary. Victoria Woodhull ran nearly 150 years ago – and has been largely forgotten. To commemorate Women’s History Month, and to set the record straight, “Victoria Woodhull: The Rise and Fall of America’s First Feminist,” opens this month for a five-performance run.The show is the latest theatrical production in Northport, also home to the John W. Engeman Theater, Bare Bones Theater Co. and the Northport One-Act Play Festival taking place later this month.
“Victoria Woodhull…” – written, directed and performed by Long Islanders – is being presented March 14 and 15 at 8 p.m., March 16 at 2 p.m., March 22 at 8 p.m. and March 23 at 2 p.m. at the Playhouse at St. Paul’s United Methodist Church, 270 Main St., in Northport. To link women’s past accomplishments with those of the present, Huntington Town Receiver of Taxes Ester Bivona will be honored before the Sat., March 15 8 p.m. performance and Huntington Town Clerk Jo-Ann Raia will be honored before the March 16 2 p.m. Sun. matinee.
The play, directed by Robert Previto and starring Vivian Wyrick, tells the story of Victoria Woodhull, the nation’s first female stockbroker on Wall Street, one of the first women to testify before Congress and the first to run for U.S. president – in 1872 before women in the United States had the right to vote. Frederick Douglass was her running mate.
The presenters of the show wish to shine a spotlight on women today who have important roles in government. Bivona began her public service career in 1982 as Deputy Receiver of Taxes for the Town of Huntington and in 1991 was elected Receiver of Taxes. She is president of the Suffolk County Receivers of Taxes Association and former president of the New York State Receivers and Collectors Association as well as the Northeast Regional Tax Receivers and Collectors.
Raia was first elected in 1981 for a term beginning the following year and has since won the Nassau-Suffolk Town Clerks’ Association Town Clerk of the Year Award and  been named Town Clerk of the Year by the New York State Town Clerks’ Association. She also won the Citizen of the Year Award from the League of Women Voters of Huntington and the Clara Barton Award presented by the American Red Cross.
The two women will be honored before performances of a play telling the story of a woman who overcame enormous odds, moving from Ohio to New York and becoming a strong voice for equal treatment of women – soon after the Civil War.
“Victoria Woodhull helped fight to get women the right to vote, but today she's largely unknown,” Claude Solnik, a Plainview resident and journalist who wrote the play, said. “I think it's appropriate to remember her and to honor leaders in government today.”
Woodhull created the “Equality Party” to advance her ideas for women's rights, including education, equal wages and the right to vote. The slogan of her publication – she was among the first women in the nation to have their own publication – was “onward and upward.”
Woodhull remains relevant today and proof that people can break through barriers, if they have courage and commitment. There is a small sign in her hometown of Homer, Ohio, and a memorial in England – where she died. In the area where she achieved so much, there is little sign of her life. This play seeks to rectify that, to bring new recognition to Woodhull and to remind us all of the battle fought to win the right to vote for women.
“Woodhull did so much and deserves to be remembered,” Solnik added. “Her life is always relevant, but there's no better time to remember her and honor women in government today than during Women's History Month.”
Tickets, including service charge, are $15 general; $12 students, seniors, groups of five at Brown Paper Tickets. For additional info., call (516) 404-2960 or visit the Facebook events page.