The Heckscher Museum of Art Unveils Respect of an Army

The Heckscher Museum of Art is pleased to announce the unveiling of Respect of an Army by America’s premier Civil War history painter Mort Künstler, Saturday, April 11, 2015. 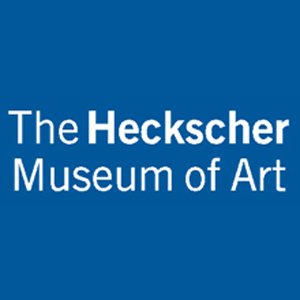 Huntington, NY - February 25, 2015 - The Heckscher Museum of Art is pleased to announce the unveiling of Respect of an Army by America’s premier Civil War history painter Mort Künstler, Saturday, April 11, 2015. On view from Saturday, April 11, through Sunday, April 19, the painting commemorates the 150th anniversary of the signing of the terms of surrender of the Army of Northern Virginia by Generals Robert E. Lee and Ulysses S. Grant.
Described as “perhaps one of the most touching scenes in the entire Civil War,” Künstler’s painting depicts General Robert E. Lee departing the McLean house after signing the terms of surrender. Not only does this painting illustrate a moment in history that has never previously been painted, it also shows the departure through a compassionate lens, accurately portraying the emotions that were present that day. Despite feeling an overwhelming sense of relief that the war was over, no one that day took pleasure in Lee’s personal defeat. Despite the circumstances that may have had separated them, the soldiers who had fought so hard against one another shared a mutual respect that represented the first step towards reuniting the country. Künstler’s painting merges history and art to create a unique and memorable sense of understanding the conclusion of the Civil War.
The Museum is working with the artist on two exhibitions that will open in December 2016.  One will feature paintings, drawings, and sketches from the artist’s recently published book, The New Nation: The Creation of the United States in Paintings and Eyewitness Accounts, which chronicles the story of the creation of America from the first settlements at Jamestown in 1607 through the Revolutionary War and the War of 1812, while the other will showcase works from the artist’s extensive collection of American illustrators, which includes such masters as J.C. Leyendecker, Howard Pyle, Norman Rockwell, and N.C. Wyeth.
About The Heckscher Museum of Art
The Heckscher Museum of Art, founded in 1920 by August Heckscher, serves the people of the Town of Huntington and surrounding communities. Through exhibitions of its permanent and loan collections of art and related programs, it seeks to provide inspiring and transformative educational experiences to encourage a broader understanding of our past and present and enrich the quality of life of the individuals it serves. The Museum’s Permanent Collection contains more than 2,200 works from the early 16th century to the present. For information about The Heckscher Museum of Art, visit  www.heckscher.org.
Museum Hours
Wednesday - Friday | 10:00 am - 5:00 pm *
Saturday and Sunday | 11:00 am - 5:00 pm *
Monday and Tuesday | Closed
*Huntington Township Residents admitted FREE Wednesdays after 2:00 pm and Saturdays before 1:00 pm.  Proof of residency required.
Free Admission for Active Military Personnel, Veterans, and Family
Available to any bearer of a Geneva Convention Common Access Card (CAC), a DD Form 1173, a DD Form 1173-1, a Veteran’s DD-214, or a Veteran ID card and a driver’s license.  Includes active military personnel (Army, Navy, Air Force, Marines, Coast Guard, National Guard, and Reserve) or Veteran and up to five (5) family members (spouse, child, aunt, uncle, grandparent, etc.).