The newest member of the Suffolk County Legislature, Anthony A. Piccirillo has been a vocal opponent to a newly proposed law that he claims “Is a broad overreach of basic government function.” 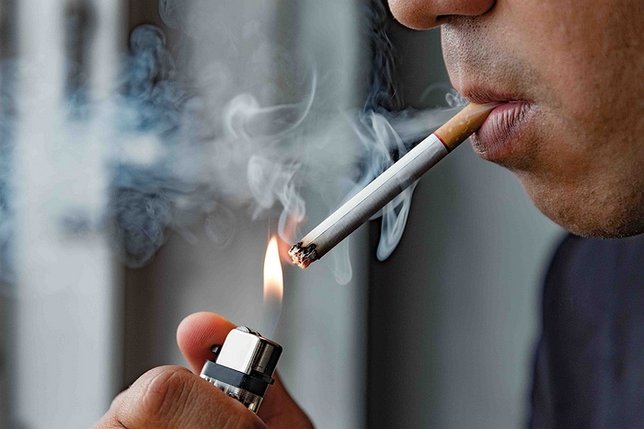 The newest member of the Suffolk County Legislature, Anthony A. Piccirillo has been a vocal opponent to a newly proposed law that he claims “Is a broad overreach of basic government function.”

Resolution No. 1015-2020, if adopted, will ban smoking within multiple dwelling units. This includes apartments, townhouses, condos, co-ops and other multifamily dwelling units in Suffolk County. The bill does not distinguish between renting and owning a dwelling; forcing people who own their own home to comply with this law if it is passed.

Legislator Piccirillo voiced his concerns with this proposed law at the public hearing before the Legislative body at the general meeting on February 11th; questioning how the government would enforce this law. Asking “Is there going to be a hotline, will the cops be kicking down doors”? No sufficient enforcement mechanism was provided.

“The Government has no right to infringe on the rights of using a legal substance in the privacy of our own homes” stated Legislator Piccirillo. “This law is looking to regulate the behavior of Suffolk County residents within their own homes, including dwellings residents own. This is a slippery slope we are heading down. Regulating legal conduct within a person’s own premises where there is a reasonable and legitimate expectation of privacy is generally frowned upon by the United States Supreme Court.”

This is one of two bills being heard before the Legislature regarding smoking in or near multifamily dwellings.

“This bill is radical and over the top” the youngest member of the Suffolk County Legislature said. “These decisions should be made by the landlord and tenant or by an H.O.A. Board; not by an unfunded government mandate” added Legislator Piccirillo.

Legislator Anthony A. Piccirillo said that he vows to fight against this bill after an outpour of concern from his constituents.

“I’ve received many phone calls, emails and messages over the past few days; and an overwhelming majority of residents stand in opposition to this radical intrusion of government in our private dwellings” stated Legislator Piccirillo.

The Legislator vows to continue to be a vocal opponent of this law.