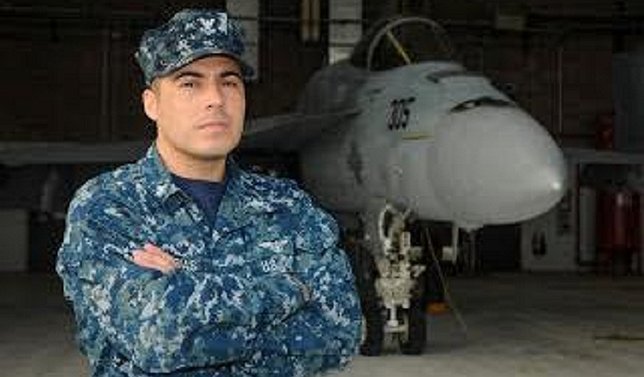 “I like the interaction with the Sailors and working hands-on with the aircraft,” Arias said.

The strike fighter wing, headquartered at NAS Lemoore, ensures that each squadron is fully combat-ready to conduct carrier-based, all-weather, attack, fighter and support missions for the Pacific Fleet.

“The morale is high throughout the command and they support the professional development of Sailors,” Arias said.

With the CSFWP consisting of more than 20 squadrons, highly specialized jobs range from training new aviators to maintaining airframes and engines, to handling and flying aircraft.

“The most important thing I've learned is to be versatile because we are constantly traveling all around the world and supporting new missions,” Arias said.