The Third Squad is investigating a Robbery that occurred on Sunday, February 21, 2016 at 4:22 am in East Meadow. 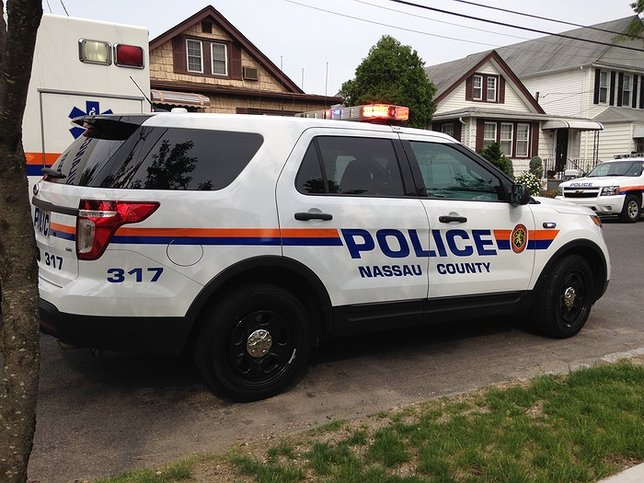 Update - March 14, 2016 - Third Squad detectives report the arrest of Roger De Los Angelos, 23, of 510 West 184th Street, New York, NY, in connection with the above listed robbery.  De Los Angelos is being charged with two counts of Robbery 2nd Degree and was arraigned on Sunday, 03/13/16 in First District Court, Hempstead.

Update - March 5, 2016 - Third Squad detectives report the arrest of Napoleon Abreu, 26, of 134 Harvard Street, Hempstead in connection with the above incident.

Abreu is charged with two (2) counts of Robbery 2nd Degree and an unrelated warrant charge. He will be arraigned in First District Court, Hempstead on 03/04/2016.

Update - March 3rd, 2016 - The Third Squad reports the arrest of Mauricio Figueroa, 27, a homeless man, in connection with this incident.

He is charged with two counts of Robbery 2nd degree and will be arraigned on Thursday, March 03, 2016 at First District Court in Hempstead.  The investigation determined there are four un-apprehended suspects.
The investigation is ongoing.
Original Release Below.
East Meadow, NY - February 22nd, 2016 - The Third Squad is investigating a Robbery that occurred on Sunday, February 21, 2016 at 4:22 am in East Meadow.


According to detectives, a 53 year old male victim was entering his Rose Drive residence when he was approached by three unknown male subjects that began kicking and punching him in the head causing contusions. The subjects then removed an undetermined amount of US currency that the victim was carrying in his hand. The subjects then fled in a 2007 White Jeep.

The victim got into his car and was able to follow the subjects to the vicinity of Charles Lindberg Boulevard and West Road, in Garden City. It was at this time the time the tires on the Jeep went flat and all subjects were observed running away in different directions.

The victim called police and then drove himself to a local hospital so he could be treated for his injuries. The three subjects are all described as being Hispanic, 20-25 years of age, 150 Lbs., 5’10” tall, and wearing dark clothing.

Detectives request that anyone with information regarding this crime to contact the Nassau County Police Crime Stoppers at 1-800-244-TIPS. All callers will remain anonymous.