After a recall of 8.7 million pounds of beef products last week, it turns out some of it was used in the production of select Hot Pockets products! 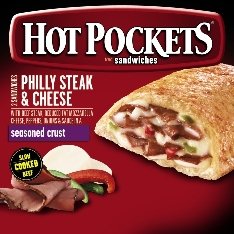 Last week, Rancho Feeding Corp., a California firm recalled 8.7 million pounds of beef product. Unfortunately some of the meat recalled was used at Nestle’s Chatsworth, Calif. production operation for the production of its Hot Pockets products.

According to the United States Department of Agriculture (USDA), a recall on the meat was issued because Rancho Feeding Corp. “processed diseased and unsound animals and carried out these activities without the benefit or full benefit of federal inspection.”

Nestle has indicated “a small quantity of meat from Rancho was used” for the production of its Hot Pockets products.

The USDA has also reported no illnesses have been reported in relation to the meat recall.