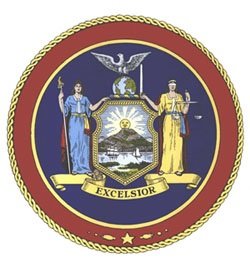 Albany, NY - February 11, 2014 - Governor Andrew M. Cuomo today announced that ADP® Inc., a leading provider of Human Capital Management (HCM) solutions, will establish a new ‘Innovation Lab’ in New York City. The project will retain 22 existing jobs in New York and create an additional 110 jobs, including software developers and data scientists. Additionally, in order to secure the support of the New York City Regional Economic Development Council (NYCREDC), ADP has agreed to participate in an internship and work experience program such as ‘Pathways in Technology Early College High School’ (P-Tech), or an analogous program that is consistent with the company’s staffing and internship plans.
“ADP’s decision to establish their Innovation Lab in New York City is a win-win for the community,” Governor Cuomo said. “Not only is the company investing in a new facility in New York City and creating more than 100 new, good paying jobs for New Yorkers, ADP will also participate in an internship and work experience program that will help prepare New York students for careers in the growing STEM fields. Under these kinds of partnerships, the State is transforming the way we grow the economy and giving our students the education they need to succeed beyond the classroom.”
ADP is one of the world's largest providers of business outsourcing and human capital management solutions, serving more than 620,000 businesses of all types and sizes in more than 125 countries. The company operates nine facilities employing more than 2,900 in New York State. Their R&D organization develops all of the software that ADP provides to their clients and has approximately 3,000 associates across thirty states, including 22 software development jobs in New York State. As part of the R&D organization, ADP Innovation Labs are focused on develivering next generation innovation to the marketplace. The company has an existing Innovation Lab at its Roseland, New Jersey headquarters.
“Empire State Development and the city of New York have been great partners in helping us get our new Innovation Lab off the ground,” stated Mike Capone, corporate vice president of product development and CIO at ADP. “Our goal for this facility is to have highly specialized and creative teams focused on quickly incubating and delivering capabilities that will dramatically increase the value of our HCM platforms for clients.”
ADP plans to establish a 25,000 square-foot software development facility in New York City. While considering project locations the company sought assistance from Empire State Development (ESD) to mitigate costs and make the project feasible in New York City, instead of another state.
ESD has offered the company $2 million in performance-based tax credits through the Excelsior Jobs Program, which are directly tied to job creation and investment commitments. In return, ADP will make more than $11.5 million in capital investments to establish the new operations and create 100 new jobs while retaining 22 existing positions, and the company estimates research and development expenditures at the new facility will reach approximately $10 million annually.
Empire State Development President, CEO & Commissioner said Kenneth Adams said, “Under Governor Cuomo’s leadership, we have restored fiscal order and made great strides in improving the business climate in New York State – and companies are taking notice. ADP is the latest example of an industry leading company choosing to invest and create new jobs and economic opportunities in New York. Not only is ADP investing millions of dollars and creating more than 100 new jobs, but they are being a model corporate citizen by committing to working with our schools to put the next generation of students on the path to attaining good jobs and a bright future.”
In addition to the company’s investment in new operations, ADP has committed to participate in an internship and work experience program such as ‘Pathways in Technology Early College High School’ (P-TECH) to encourage the best and brightest students to pursue STEM college degrees and build their careers in New York. This commitment aligns with the Governor’s call for more schools to be modeled after Brooklyn's P-TECH.
The Science, Technology, Engineering and Math – “STEM" – fields are one of the fastest-growing sectors of New York’s economy, and the Governor has proposed providing full tuition scholarships to any SUNY or CUNY college or university to the top 10 percent of high school graduates if they pursue a STEM career and then work in New York for five years.
ADP provided the following statement to the NYCREDC: “We pride ourselves on being a good corporate citizen. We understand the responsibilities and inherent advantages associated with mentoring and guiding young students. More specifically, ADP appreciates and understands the emphasis being put on filling high-technology positions and exposing young minds to potential careers in this subject matter. In light of the aforementioned, ADP is prepared to participate in a program such as ‘Pathways in Technology Early College High School’ (P-TECH), or an analogous program that is consistent with our staffing and internship plans.”
New York City Regional Economic Development Council Chairperson Matthew Goldstein, the former Chancellor of The City University of New York, said, “We are very pleased with ADP's commitment to both job creation and educational partnerships that will help grow the economy and prepare the workforce of tomorrow.”
Senator Brad Hoylman said, “I congratulate Governor Cuomo, ESD President Kenneth Adams and ADP on their exciting announcement for a new software development and data center in Chelsea. It’s crucial to the state and city economy that we continue to develop the new knowledge-based jobs that ADP will provide. It’s also gratifying to learn of ADP’s planned commitment to local schools through the P-TECH program and the opportunities for STEM education through SUNY and CUNY.”
Assembly Member Richard N. Gottfried said, “It’s great to see technology investment growing in New York – especially when a company partners with a program like P-Tech. ADP’s commitment to New York is good for New Yorkers, it’s good for business, and, through internship and work experience programs, it’s good for our future.”