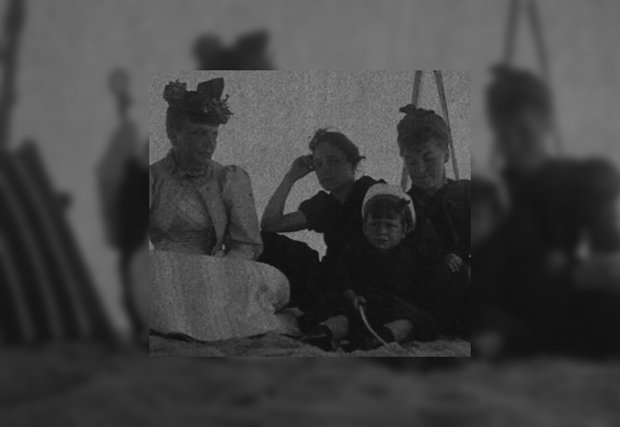 Harry B. Wilson and his mother, Grace B. Wilson, seated under a tarp at the beach. The woman on their left is probably Sarah Antoinette Fiske Butterworth (Grace's aunt). The image may have been taken at Main Beach, East Hampton, N.Y. This image is part of the Henry B. Wilson Collection of images and letters. 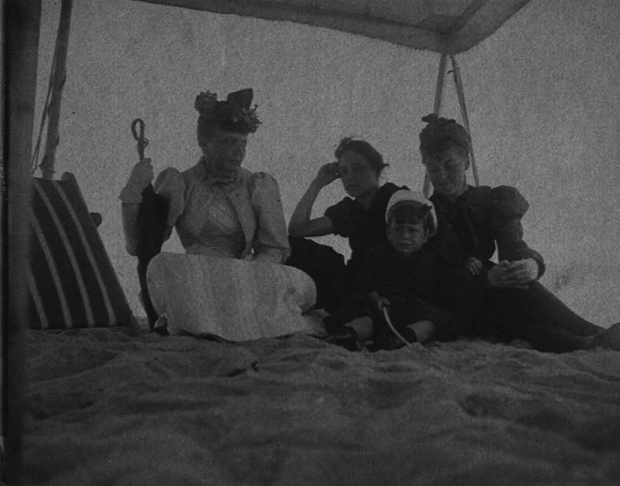 Photo: The images were taken by the Henry B. Wilson family during their time in East Hampton as part of the Summer Colony, ca. 1891-1893.