Ra: "The early years of a child’s life can be the most pivotal in their development." 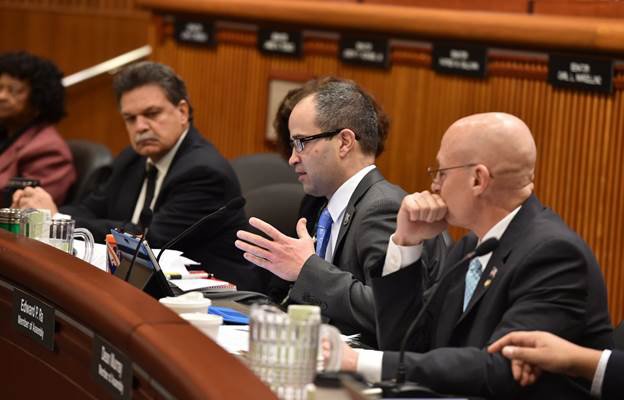 Long Island, NY - February 1, 2018 - Assemblyman Ed Ra (R-Franklin Square) attended the Joint Legislative Budget Hearing on Elementary and Secondary Education on Wednesday, January 31 where school funding was discussed. Ra questioned State Education Commissioner MaryEllen Elia about the expansion of support for Pre-K on Long Island.
“The early years of a child’s life can be the most pivotal in their development,” said Ra. “In New York City, all four-year-olds have access to publicly funded Pre-K programs, while on Long Island, a majority don’t due to the lack of funding for the region. While Pre-K is not required in New York, all parents should have the option to send their children to an early learning program and not have to pay an exorbitant amount to do so. The cost of living on Long Island is high enough already, it is not fair that families are forced to pay out-of-pocket or placed on waiting lists for programs which are publicly funded elsewhere. These children deserve the same attention and chances as children in areas where publicly funded programs are readily available.”
Assemblyman Ra represents the 19th Assembly District.