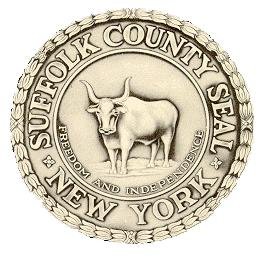 As part of the initiative, County Executive Bellone will put $1.5 million into his proposed budget to help fund an innovative proposal to bring in new airlines, expand routes and properly market the airport.

“Long Island is a great region, but you cannot have a great region without a great regional airport,” said Suffolk County Executive Steve Bellone.  “I believe in MacArthur because there is a lot of potential here.  As major airports in the tri-state area embark on multi-billion dollar projects in the coming years that may cause an inconvenience and headache by displacing flights, we must be proactive in taking advantage of this opportunity to generate more businesses and bring more travelers to Suffolk County.”

County Executive Bellone indicated it was essential for the funding to be included in the upcoming budget in order for the town to utilize the resources to support bringing in new airlines to Long Island MacArthur. For instance, Islip is working hard on an initiative to bring an international airline to the airport.

“The County Executive’s willingness to commit these resources to the airport is going to go a long way in trying to establish a federal inspection station that will enable us to take international flights through Long Island’s MacArthur Airport,” said Islip Town Supervisor Angie Carpenter.  “This is one of the biggest steps that can be taken in generating more flights with the regional airlines.”

"For several years now, both as Islip Town Supervisor and as New York State Senator, we have been working toward the goal of reawakening Long Island MacArthur Airport.   I am so proud to work with County Executive Bellone and Supervisor Carpenter in this vision and join them to announce funding for the Federal Inspection Station at MacArthur Airport.  The FIS will enable international travel to and from MacArthur.   This collaborative effort between the state, county and town will allow for substantial economic growth for Long Island. This funding, along with the additional funding I am pursuing at the state level, and the recent state grant funding awarded through the Long Island Regional Economic Development Council, will continue to increase the significance of  Long Island's airport and provide our residents with more flight options and bring business and tourism to Long Island, " said Senator Tom Croci.

Under the proposal, $1 million of the county’s funds would go towards expanding routes while $500,000 would be allocated towards enhanced marketing of the airport.  The economic activity expected to be generated by a successful Long Island MacArthur Airport, including hundreds of additional jobs, would be far in excess of the investment.

“We all recognize that Long Island MacArthur Airport is an important, critical asset for the future of Long Island,” said Long Island Regional Planning Council Chairman John Cameron. “With the help of the county and in conjunction with the town, we believe that this facility will realize its great potential.  Growing the economy in the Ronkonkoma area is critical and in order to grow our assets we continue to provide and fund infrastructure.”

The funding is part of the Innovation Zone vision that was recently announced by County Executive Bellone, Supervisor Carpenter, Chairman Cameron and various officials and stakeholders, which consists of a comprehensive, regionally transformative plan to make Suffolk County a more attractive place for young people and high-tech businesses by investing in economic development, revitalizing downtown areas and creating modern transportation options.

The vision includes a new state-of-the-art airport terminal to be built on the north side of Islip’s Long Island MacArthur Airport.  This proposed terminal would be adjacent to the Ronkonkoma LIRR station and the proposed BRT station – effectively creating a multi-modal plane, train and bus rapid transit superstation which will dramatically enhance Islip’s MacArthur Airport and make it a far more attractive option for carriers, as it would be the only direct plane-to-train option in the region.

For more information on the partnership and the commitment to enhance Long Island MacArthur Airport, visit www.suffolkcountyny.gov.