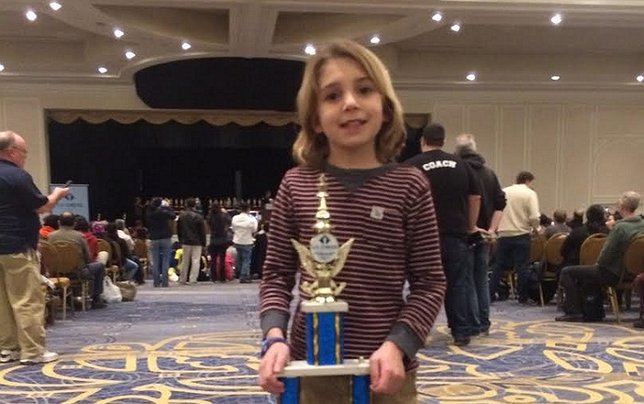 St. James, NY - January 27, 2017 - Harbor Country Day School third grader Liam Putnam is taking on the chess world by storm. After playing the game for only one year, Liam tied for second place overall in the US Chess Federation Scholastic Grade Level National tournament in December, beating out nearly 200 other third graders. Currently, Liam is ranked 11th in the nation for eight-year-olds. 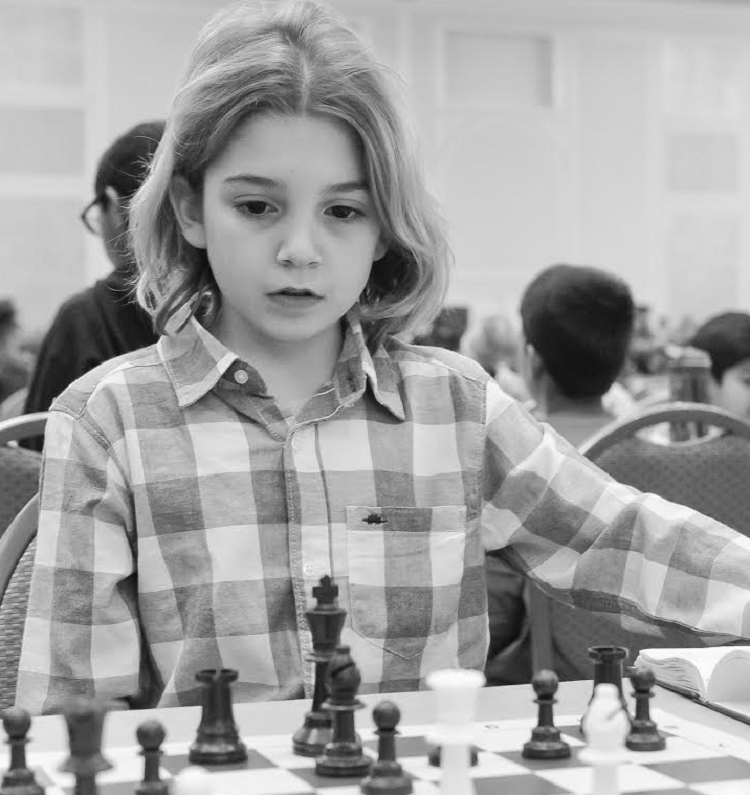 Interestingly, Liam only began playing chess in January of 2016, as the result of an “indoor recess chess challenge” issued by a fellow student at Harbor Country Day. The recess game sparked an interest within Liam, which inspired his mother to help him learn chess online and attend the “Chessnuts” program at the Port Jefferson Free Library. Liam played in his first tournament in March of 2016 at the Portledge School tournament run by the Long Island Chess Center and has not slowed down since.

"As parents, Michael and I were astonished by Liam's thirst for learning chess," said Liam's mother, Amanda. "We had never been exposed to the world of scholastic chess before, so the last year has been an amazing journey for our family. We're so proud of him and cannot wait to watch him continue to learn and grow."

Mr. Cissel, Head of School for Harbor Country Day School, added, “Everyone here at Harbor is very proud of Liam. He’s a wonderful boy – he loves to make people smile and is always ready to learn something new. It comes as no surprise to me that he has done as well as he has. And his enthusiasm for chess is infectious. Our after-school ‘Chess Scholars’ program has become quite popular this year, as has our Upper School chess club. We wish Liam all the luck in the world as he pursues his passion even further.”

About Harbor Country Day School
Founded in 1958 by conscientious parents, Harbor Country Day School is an independent, co-educational day school for children from preschool through 8 th grade situated in St. James’ Village of Head of the Harbor. The school employs a whole-child approach to education, wherein its rigorous curriculum is supported by a broad program in its academic, athletic, advisory, and visual and performing arts departments designed to develop all aspects of each child's talents and interests. Harbor Country Day School’s summer camp program, Camp Harbor, is among the leading summer camp programs on Long Island. The school’s mission to “cherish childhood, cultivate wonder, and inspire confident learners and leaders” underscores every child’s experience at Harbor Country Day School and ensures that all of its graduates are prepared to lead fulfilling lives filled with wonder, confidence, and many successes.

Harbor Country Day School is chartered by the New York State Board of Regents and is accredited by and a member of the New York State Association of Independent Schools (NYSAIS). It is a non-sectarian, nonprofit organization under section 501(c) (3) of the IRS Code governed by a self-perpetuating board of trustees.  For more information, visit www.hcdsny.org.