A gas station was robbed at gunpoint. 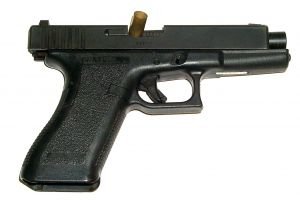 According to detectives, a 41 year old male employee was standing outside the convenience store of the Mobil gas station at 1214 Grand Avenue when two unknown male black subjects entered the store. The subjects then pulled the victim inside and while one male displayed a black handgun they demanded money. After obtaining an undetermined amount of U.S. currency the subjects fled the scene by unknown means. They are further described as both being approximately 25 years old. No injuries were reported.
Detectives request anyone with information regarding this crime to contact Nassau County Crime Stoppers at 1-800-244-TIPS. All callers will remain anonymous.