Restoration of Historic Cemetery in East Hills Gets $10K Boost 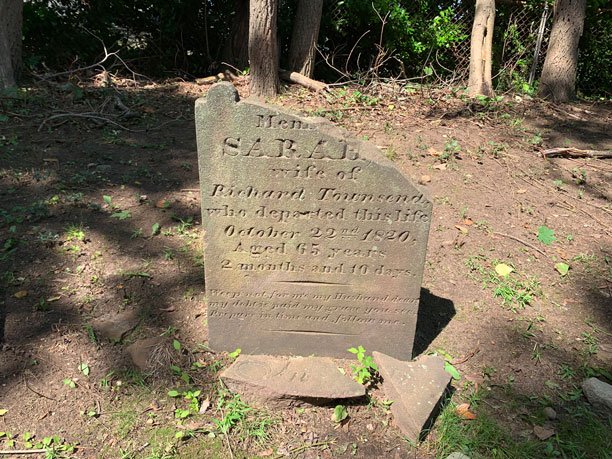 A restoration project at Townsend Cemetery in East Hills is getting a $10,000 grant from the Robert David Lion Gardiner Foundation, one that will help fund a multi-phased plan to address what the Town of North Hempstead called an urgent need to protect the historic marks and headstones that are most vulnerable to damage and deterioration due to weather.

A survey will be conducted to provide recommendations for the cemetery’s conservation treatment and restoration.

Townsend Cemetery dates to 1790 and was active for almost 104 years, when it was known first as the Willis Farm Cemetery, then Greenvale Cemetery and now the Townsend Cemetery. Currently nine headstones and five footstones are visible on the ground.

“The Town is extremely grateful to the Robert D.L. Gardiner Foundation for supporting the Town of North Hempstead and the Roslyn Landmark Society in our collective efforts to restore the Townsend Cemetery,” said North Hempstead Town Supervisor Judi Bosworth. “This funding will go a long way in allowing us to continue our mission to preserve this significant historical landmark.”

Recently, the town conducted an extensive cleanup of the burial grounds and access road to enable the Burial Ground Preservation Group, in collaboration with Stewart Preservation Services, a company that specializes in building and historic preservation, to prepare the comprehensive plan to restore the cemetery. Work is expected to begin in the spring.

Town of North Hempstead Historian Ross Lumpkin said the Town is committed to collaborating with local non-profit community groups to raise funds and care for local cemeteries and landmarks. He cited the Roslyn Landmark Society’s co-President Howard Kroplick and Director Jennifer Lister as being ideal partners in the process.

“Such partnerships provide the feedback and enhance the cooperation we need to get things done and do them right” Lumpkin said.