PSEG Long Island tended to the needs of 822 customers across Nassau and Suffolk who were left in the dark over the course of last night's storm, with just over 60 customers still in need ... 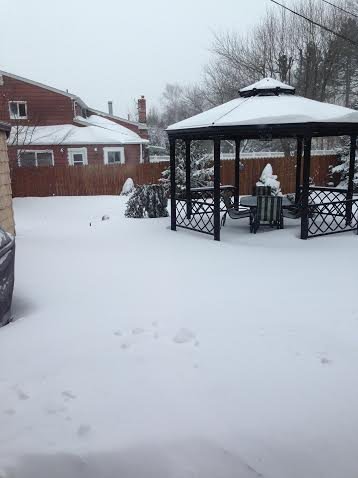 Within its first few days of taking the reins of the electric grid from LIPA, PSEG Long Island was faced with nearly one thousand power outages across Nassau and Suffolk Counties.

At 5:00 a.m. Friday morning, PSEG reported that as many as 822 customers were without power over the course of the evening, but the number was down to 23 affected customers at the time of the announcement.  By 9:15 a.m., that number jumped to 49 customers as snow continued to come down on the Island.

As of 11:45 a.m., there were 63 customers of PSEG’s 1.1 million Long Island customers affected by the power outages, and 5 active outages were being tended to by PSEG workers.  54 of the customers affected were located in Nassau County, all of which reside in Oyster Bay, which experienced massive outages from the snowstorm.  In Suffolk County, only 9 residents were affected, with 7 residing in Smithtown and 2 residing in Babylon.

At 12:10 p.m., only 10 customers remained affected by outages, with 4 active outages being attended, all of which were in Suffolk County.  In Smithtown, 7 customers were still without power, and PSEG estimated that power would be restored by 1 p.m.  The rest of the outages were in Babylon and Brookhaven, which PSEG estimated would take longer to restore, saying that power would not be back to these customers until 4 p.m.

“After losing power for over two weeks after both Irene and Sandy, and seeing the poor response to Winter Storm Nemo, I was definitely worried,” said one Kings Park resident. “I don't feel that all of the repairs to the electrical lines made after Sandy were adequate - our power now sometimes flickers, which it never did before, and anytime we have high winds, I am concerned about losing power in the house. I'm glad to see that PSEG Long Island has kept on top of things. I know they can't prevent storms, but it's good to know they're ready to respond to them.

PSEG announced that they prepared for Hercules by making sure that all available personnel were ready to respond, all vehicles were fueled and ready to go, and that additional supplies, including poles, transformers and other pole-top equipment, were on hand to go directly to the customers to fix outages.  They also arranged for contractors to be on call to assist their workforce, including tree crews that could clear debris if necessary.

After seeing numerous locals thank PSEG Long Island via Twitter, we congratulated them on their hard work - here was their response:

JOY!! RT @longisland @PSEGLI - It seems like all of #LongIsland is impressed with the response to Winter Storm #Hercules. Nice work!


To report downed wires or power outages to PSEG Long Island, customers can call the company service line at 1-800-490-0075.

Pictured in the Gallery: A map of Long Island power outages as of January 3, 11:30 a.m., via PSEG Long Island. Pictured in the Feature Photo: A Greenlawn home is turned into a winter wonderland after being covered with over 6 inches of snow.