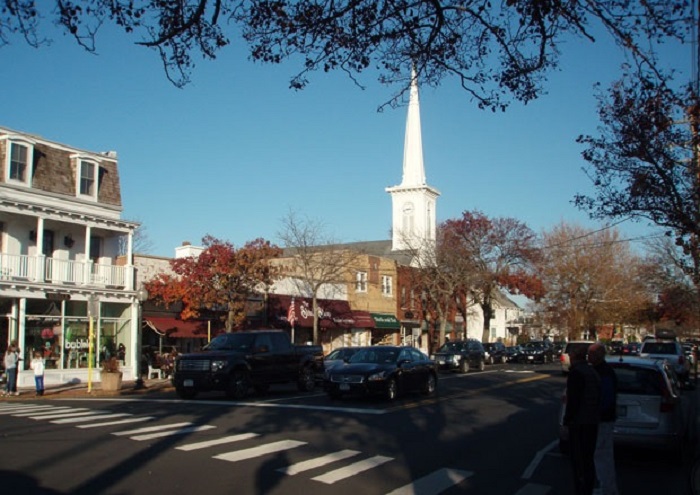 Babylon Village is an officially incorporated village of New York and part of the larger Town of Babylon. Settlers purchased the land from the Sumpwam tribe in 1670 primarily for the purpose of harvesting salt hay to feed livestock.  While used for farming the area was known South Huntington and was part of Huntington Town, but its waterfront land became an attractive draw for travelers and wealthy summer visitors and lead to the growth of a full-fledged town through the 19th century. Its current name was adopted when the town gained its own governing board in 1872 and became incorporated in 1893, perhaps as an acknowledgment of the clamorous nature of its position as a summertime diversion and recreational area for those who could afford long stays at its numerous famed hotels.