Crime Report for the Week of Dec. 22 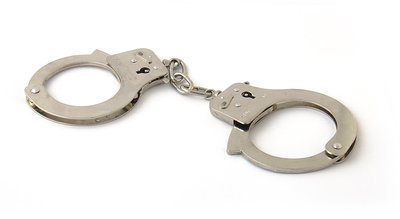 Several booths at the Green Acres Outdoor Flea Market were identified as selling counterfeit items after investigators from the District Attorney’s office along with the Nassau County Police Department conducted a joint operation. Each defendant may face up to four years in prison.

Six of the suspects are being charged with Trademark Counterfeiting in the Second Degree. They are Avinash Gayadat, 21, of Richmond Hill; Raymond Gillies, 61, of Laurelton; Allan Sanasse, 45, of Jamaica; Rohanand Parasram, 46, of Brooklyn; Migues Ragoonath, 25, of South Ozone Park; Yu Ma, 47, of Flushing.

Lamont Faulkner, 36, of Springfield Gardens and Gregory Janvier, 35, of Jamaica are both being charged with Failure to Disclose the Origin of a Recording.

In a statement, Rice said that counterfeit merchandisers funnel money into the black market by flooding the streets with cheap knockoffs. Counterfeiting in the U.S. is estimated to cost businesses between $200 billion and $250 billion every year.

Miller Place man charged with running drug ring
Highway Department worker Thomas Forkin of Miller Place has been accused of running a drug ring that included cocaine and prescription drugs. He is being charged along with an ex-NYPD officer, 44-year-old Thomas Gironda of Setauket.

The thirty year old Forkin works for the town of Brookhaven, and allegedly sold drugs while on the job from town vehicles. Both suspects pleaded not guilty. Forkin was held without bail after his indictment on Wednesday, while Gironda is free on $250,000 bail.

Gironda is accused of using his business in East Setauket – New Look Concrete – for storing Forkin’s stash of drugs.

Officials are especially troubled by this case due to the fact that Forkin was essentially stealing money from taxpayers by selling drugs while on the job. In addition, they suspect that his town-employed co-workers were among the clients he sold to.