“Occupy Sandy” Captures a Sense of Community and a Climate Crisis

“Gasland” filmmaker Josh Fox uses “Occupy Sandy” to send a message about inequality and the damaging effects of pollution.

The Occupy Sandy movement has produced a film by the same name that is inspired by the generosity and good nature of people during the hurricane, and also steps into controversial territory by tackling the topic of climate change. 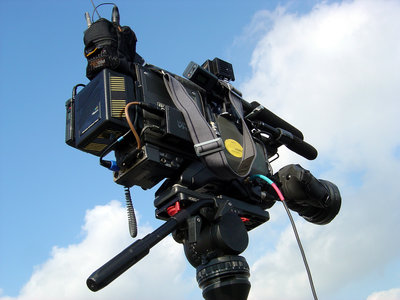 “Occupy Sandy: A Human Response to the New Realities of Climate Change” is a guerilla-style documentary, which debuted in Lower Manhattan on November 28.  Unlike most movie debuts that occur in theaters, the debut of “Occupy Sandy” was much in their grassroots, divisive style – the audience was a flash mob, and the short film was projected on a wall above a Mobil gas station.

The film was made by none other than Josh Fox, the writer and director of “Gasland,” a movie that documents how the United States conducts natural gas drilling, especially the hydraulic fracturing process known as fracking, which takes a severe toll on the environment.

Fox’s new film, however, includes footage of the destruction of the storm and interviews with families and neighbors who are putting their lives back together in the New York City and Long Island area after seeing their homes and belongings destroyed by flood waters and strong winds.  Fox also includes an interview with Bill McKibben, famous author and environmentalist, who urges audience members to hold big oil companies like Exxon Mobil accountable for the damage inflicted on the environment and the climate as a whole.

“This is Occupy Sandy, and what that means it was born out of the networks and the human connections made during the Occupy movement,” explains Samantha Corbin, site coordinator and actions director of The Other 98%.  “That means besides being anti-racist, anti-sexist, anti-homophobic, anti-classist, et cetera, we believe that in the work that we do, we have to be actively undermining those structures that separate us and keep some people down and elevate others.”

Corbin goes on to add that many town officials, including those from the Rockaways and Coney Island, told Corbin that the Occupy Sandy relief volunteers were the first people they saw after the storm swept through New York.

Some 200 people attended the first outdoor screening, which was only announced 15 minutes ahead of time on Twitter and via text.  The film can still be seen on the personal video hosting site, Vimeo, here.