Fresh Ideas for "Elf on the Shelf" Fun

Keep your kids guessing where their elf friend will turn up next with these fresh ideas! 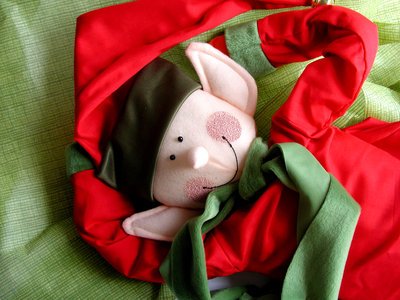 This December, the mischievous Elf on the Shelf will return to homes across the country, wreaking havoc and getting into comical situations for kids to spot when they wake up.  If you are out of ideas for elf antics this year, have no fear – there are endless ways to surprise your children, and many of them can be staged in under five minutes.  Keep in mind that you don’t have to go to the store to buy the official “Elf on the Shelf” – turn any elf into the perfect elf for your family, even if it is just an elf bought at the dollar store! Elves are a great way to remind kids to be on their best behavior, and can even remind them of any things they may be forgetting, such as to keep on top of homework or to be kind to their siblings.  Most importantly, be sure to leave behind a personalized note from your children’s magical buddy to remind them to stay on Santa’s nice list!

Back to Bed: Turn your tissue box into the perfect bed for your elf, and take a handful of tissues and put them on top of him as a blanket.

Graffiti Elf:  If you want your elf to be a little vandal, draw on a framed photo (covered in glass) with a dry erase marker and leave the suspect behind with the marker in hand.

Cereal Surprise: Cut a hole in the front of a box of cereal and poke your elf’s head through as a surprise at the breakfast table.

Toy Party:  Let your elf fraternize with the kids’ other toys and leave them out together doing something comical, such as playing a board game or watching television.

Toilet Paper Elf: Stick your elf through a roll of toilet paper and roll him down the stairs, leaving behind a trail for your kids to follow.

Elf in the Fridge:  Bundle up your elf in doll’s clothes, or just swaddle him in a towel and stick him on a shelf in the fridge for your children to find at breakfast.

Shaving Time: Put a little shaving cream on your elf’s face and smear some around the sink and on the faucet, and leave the razor in your elf’s hand.

Writing in Flour:  Shake flour out on your counter or on the stove top and write a message to your children from the elf, and leave him nearby to witness the scene.

Turn the Elf Into Your Favorite Character:  If your kids are obsessed with a show, movie, or book series, dress the elf as their favorite character, such as making a small Spiderman mask by printing a picture of the hero’s face and taping it to the elf.  The possibilities are endless, and can be particularly enthralling for young ones who see that the elf shares their same interests!

Swinging Around:  Take a piece of string (about 2 feet long) and string it through an empty toilet paper tube.  The toilet paper tube will serve as the seat of the swing for your elf.  Take both ends of the string and tape it to the top of your doorway so that your elf can swing in the doorway to greet the kids.

Gone Fishing:  Sit your elf on the faucet or next to the sink and make a fishing rod using a pencil or a candy cane with a string at the end.  Fill the sink with water and dangle the string into it, and add toy fish for the elf to try to catch.