Get lost in a live performance and soak up some culture at a Long Island theater this Fall! 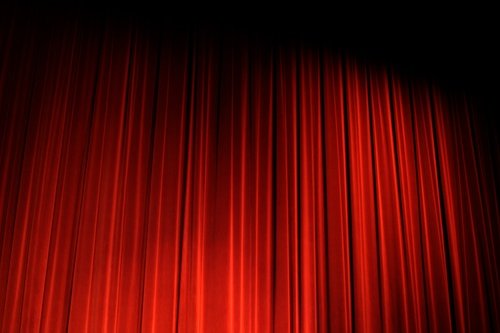 When you think of theater one of the first places that comes to mind is New York. Of course the next word that comes to mind is Broadway. The famous road, Broadway, in Manhattan is world renowned as being the heart of the American theatre industry. There are countless theatres, like the Gershwin Theatre and New Amsterdam Theatre, lining the theater district, and each one with its own unique atmosphere, shows, and style.

The good news is you don’t have to trek all the way out to New York City to enjoy quality theater entertainment! There are many theatres and performing arts centers all over Long Island offering patrons very diverse, quality performances and productions. Whether you’re looking for something fun to do over the weekend, planning a date night, or looking for children’s shows to bring the kids to, you’ll find all of that and more on the Island.

Literature Live! Presents: To Kill a Mockingbird
November 5th – November 29th
You’ll feel what it was like to walk around in these character’s shoes after seeing this play, based on the classic American novel by Harper Lee, which deals with serious social issues such as racial inequality and discrimination.

The Boy From Oz
September 20th – November 1st
Based on the life of late Australian songwriter and entertainer Peter Allen, The Boy From Oz follows Allen from his humble beginnings through his run with fame and success.

The Metamorphosis
October 16th – October 19th
You won’t want to miss out on this empowering piece of theatre that takes an in depth look at what makes us human and celebrates the endurance of love.

Little Shop of Horrors
November 20th – November 23rd
Audience members won’t be able to stop themselves form singing along to the catchy tunes of this cult classic horror rock musical.

Young Frankenstein
October 10th – November 2nd
The audience will be laughing uncontrollably as they enjoy this hysterical Mel Brooks play, based on the 1974 film with the same name, that parodies the horror film genre.

The Addams Family
September 27th – October 26th
You’ll see some very familiar creepy characters in this theatrical rendition of The Addams Family. In this original story daughter Wednesday Addams confides in her father that she has fallen in love with a nice, normal gentleman - the complete opposite of her own strange family, and that he now must keep it secret from his beloved wife, Morticia.

Murder Ballad
October 11th – November 2nd
This contemporary murder mystery musical will have audience members guessing as the story plays out – who gets murdered and who did it? You’ll just have to see to find out.

The Wizard of Oz
November 15th – January 25th
Click those heels together! You are travelling to the wonderful, magical world of Oz for this cherished musical production.

Photo by arryll via Free Images