Governor Cuomo announced that 17 counties will receive portions of $50 million in total funding to enhance their vital emergency communications systems. 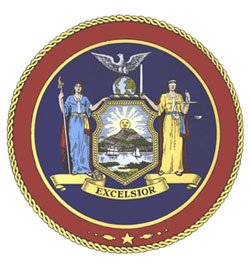 Albany, NY - August 27, 2015 - Governor Cuomo announced that 17 counties will receive portions of $50 million in total funding to enhance their vital emergency communications systems. Each of the 17 counties will receive awards of up to $3.5 million to fund projects involving infrastructure, equipment and technology upgrades that serve important roles in localities’ emergency response. The grants are part of the fourth round of the Statewide Interoperable Communications Grant program.

“In the event of an emergency, every second counts – and this funding will help more counties upgrade their systems in order to help them communicate faster and respond sooner,” Governor Cuomo said. “This is part of this administration’s unparalleled investment to better connect all levels of government during emergencies and ensure local communities have access to the best tools to enable them to help New Yorkers in need as quickly and efficiently as possible.”

The $50 million in State funding will be used by counties to install new radio equipment at towers and antenna sites to expand coverage; set up common interoperability and mutual-aid channels among public safety radio systems; consolidate emergency services dispatch facilities; and deploy technology so that counties can link systems together.

These communications upgrades will bolster local emergency response systems across the state, complementing the NY Responds statewide emergency management system. NY Responds, announced this summer, will give every county in New York State access to universal emergency management software for the first time ever. The software – provided at no cost to localities – will enable both local governments and state agencies to submit and share vital disaster-related information, ranging from incident reports and resource requests to real-time tracking of assets and weather conditions.

The awards are distributed through a State-funded competitive grant program supporting regional communications partnerships throughout New York State. The partnerships between local and State public safety agencies will create interoperable emergency communications systems for first responders. The grant program is administered by the New York State Division of Homeland Security and Emergency Services; New York is the only state in the nation with such a program.

“Radio interoperability between jurisdictions is vital because it allows first responders to collaborate quickly and efficiently so that they can protect the public,” New York State Division of Homeland Security and Emergency Services Commissioner John P. Melville said. “As such, demand for this grant program is tremendous but the funding is limited. Those counties who received funding in this latest round demonstrated significant needs to improve public safety communications among multiple agencies and jurisdictions, and affirmed their commitment to the regional communications approach.”

All 62 counties were eligible to apply, and all have received grants through the Statewide Interoperable Communications Grant program during the past four years. To date, the State has awarded $275 million for interoperable radio communications and emergency services dispatching services.

The New York State Division of Homeland Security and Emergency Services received 55 applications for the fourth round of funding, the highest participation rate since the program began in 2011. An evaluation panel consisting of five evaluators representing State and local governments ranked applications from highest score to lowest to determine the grant award winners. The grant performance period runs from January 1, 2016, to December 31, 2017.

The fourth funding of funding is awarded to the following counties:

Continuing to build on the accomplishments of the Statewide Interoperable Communications Grant program, an additional appropriation of $60 million is available in 2015-2016 program budgets for competitive and formula-based opportunities in the coming year. This appropriation may be used to assist counties going forward who were not successful obtaining funding in the fourth round.

About the Division of Homeland Security and Emergency Services
DHSES and its four offices – Emergency Management, Fire Prevention and Control, and Interoperable and Emergency Communications, and Counter Terrorism – provide leadership, coordination and support for efforts to prevent, protect against, prepare for, respond to, and recover from terrorism and other man-made and natural disasters, threats, fires and other emergencies. For more information, visit the DHSES Facebook page, follow @NYSDHSES on Twitter, or visit dhses.ny.gov.