Plainview's Brasserie Cassis is being renovated - to reopen with a new name and menu. 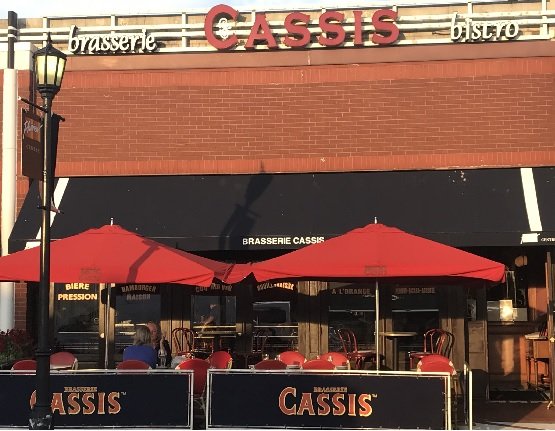 Brasserie Cassis in Plainview has closed and will reopen with the same owners and a new concept.

Photo by: photo taken of restaurant

The owners of Brasserie Cassis have closed their Plainview restaurant for renovations and plan to reopen with a new concept in several weeks, while keeping the Huntington and New York City Cassis restaurants as is.

The Plainview Cassis, a French restaurant that won a wide following, is slated to reopen as Craft American Bistro and Bar, serving many of Cassis’ most popular dishes as well as numerous new offerings, in early September.

Mussels Monday, one of Brasserie Cassis's traditions, also will continue under the new concept.

And the roast chicken, hamburger, onion soup, steak frites and filet of soul will all remain at the restaurant, which is targeting Sept. 3 as a likely reopening.

But Craft American Bistro and Bar will introduce many new dishes and foods, such as flat breads, more salads and sandwiches, meatloaf and other options.

“The concept is going to change from French to what we’re calling contemporary American,” John Kiggins, managing partner and general manager of Cassis in Plainview and now Craft American Bistro and Bar, said. “We’re keeping probably the top 10 to 15 menu items. The mussels will not change. We’ll still have Mussels Monday, which is a big success for us.”

He said the restaurant will  also offer pasta, eggplant and chicken parmesan as well as other dishes in a menu that is a kind of American melting pot of dishes.  “American is really a mix of everything,” Kiggins added. “There will be a mix of everything.”

The restaurant is retaining its kitchen and wait staff, while bringing back one of the original chefs, Damien Messina, who was trained at the Culinary Institute of America.

“We’re still trying to serve really good food and we’re going to make it a better value,” Kiggins added. “Food doesn’t have to be expensive to be good.”

The restaurant is owned by the Machado family, led by Fabio and his sons Eric and Jason Machado, operating as Reststar Hospitality Group.

Dean Kois is chief financial officer and Stuart James is comptroller at the Huntington-based company that operates restaurants on Long Island and in New York City.

The new restaurant’s look was designed by Debbie Kupcewicz, of Michael William Studios, in Huntington.

Kiggins said it will seat a little more than 125 and be a “sleek, contemporary and comfortable space” with brick behind the bar.

“There will be bells and whistles,” Kiggins said. “People will be able to plug into a USB port at the bar to power their phones.”

To some, the word “bistro” might sound French, but Kiggins said the word actually has its roots in another romance language.

“People think bistro is a French word,” he said. “Bistro is an Italian word that Napoleon ripped off when he went into Russia.”

The restaurant hopes to retain customers who ate at and frequented Cassis in Plainview, while attracting others not as familiar with or as frequent customers there.

“We’re welcoming everybody back. We’ve had such a loyal and unbelievable customer base for 11 years. People had christening parties and communion parties there, baby showers and wedding showers,” Kiggins said. “We’ve had people who’ve come in for 11 years. Some people come in every Monday night.”

The idea is for the restaurant to remain in touch with trends and the times, while serving good food that will retain and expand its following.

“There will be great food, although it might be a little different. And a little value,” Kiggins said. “Everybody said it’s amazing how welcome I feel. That’s going to remain the same.”

The new menu, though, will be welcoming in ways that the old menu wasn’t, with dishes designed to serve those looking for a vegan or a vegetarian choice.

“People come in these days and want something vegan,” Kiggins added. “French cooking doesn’t necessarily lend itself to something vegan, because it’s butter based. We will have vegan and vegetarian options.”