LIRR Commuters Will Get These Things About Riding the Train

If you take the LIRR every day you’re bound to be familiar with these things. 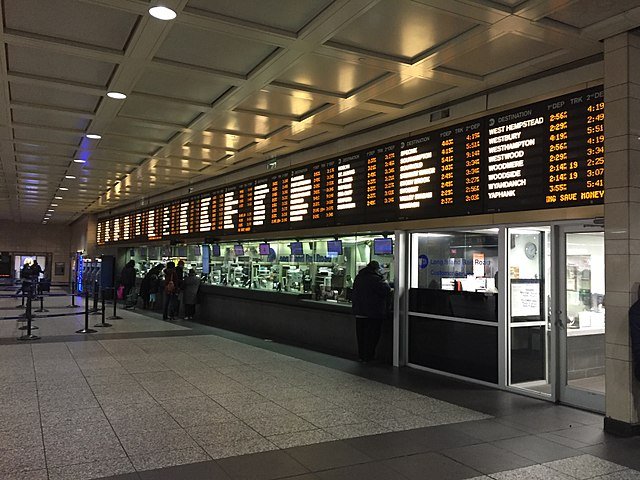 Taking the LIRR comes with some benefits. There’s…

Well, at least you’re not stuck in traffic on the LIE. But there are also all those annoyances we have to put up with. Every commuter will be familiar with the below list of people and things about riding the train.

That one person on the train who talks louder than everyone else. On a quiet train their voices pierce the silence like fingernails on a chalkboard. They ramble on and on making it almost impossible to catch a few extra Zzs in the morning. Even if they’re in a big group, somehow their voices rise above all the rest. Then there is a variation on this…

Extra bonus for the people on a cell phone talking really loudly to someone who can’t hear them on the other end because their service is terrible on the train but they continue the conversation anyway, just much louder. Usually it’s someone telling the other person on the line why they are going into the city today. Hey buddy! Ever hear of text messages?

That person who falls asleep next to you then ends up in your personal space or worse they start to lean on you as they snooze away. Usually a gentle nudge will get them to reposition but they just end up back in your zone. So annoying. Another variation is…

It’s winter, we get it. Waiting outside on a train platform in frigid temperatures is not fun. But does your jacket have to be SO BIG? And for goodness sake take it off before you sit. Don’t just plop down in the middle seat with your puffy jacket like the Michelin Tire Man taking up half of the personal space of the people next to you.

It’s hard enough to walk down the crowded aisles of a LIRR train especially when it’s rocking and rolling at full speed. Do I really need to trip over your size 12 boots sticking out into the walkway? Tuck it in there Mountain Man.

That fearful moment when a conductor wakes you up after falling asleep and realize you’ve missed all the stops, ending up at the last station on the line. Especially troublesome when it’s the middle of the night and no train will be heading westbound again for hours. There’s also that moment when you’ve been sleeping hard after a long day or a night of hoisting a few in the city with friends or coworkers and you jolt awake with that frightening feeling of not knowing where you are thinking, “Oh snap! What station is this!?” Although, nothing feels better than finding out you haven’t missed your stop after all. It’s like a new lease on life.

Maybe they just got in from out of town on the Amtrak or they’re heading Out East from the city for the weekend. So they pack everything they own and sit there with a massive piece of luggage on the seat next to them. Most times they are very nice, smiling away as haggard commuters search for a place to sit. Then, when asked to take the luggage off the seat for someone else by a conductor they always complain that it won’t fit in the overhead rack. Not our problem. Next time take an Uber you cheapskate!

You missed the late train and the next one isn’t for two hours so you have to bide your time in Penn Station. There are things you discover about yourself that you never thought you’d ever know. Like, the lengths you’d go to find a good WiFi signal or the things you would buy to eat at 3am. Exhausted commuters wander the corridors of Penn Station like the walking dead until they get so tired they will take a seat almost anywhere close to the big board. You also get the full effect of Penn Station weather, either too cold or too hot. Does the MTA even know the definition of “room temperature?” Pro tip: if you have lots of time and get really bored, wander over to the spacious Amtrak terminal. It’s a whole other world over there that you never knew existed.

We’ve all done it. Stayed late at work to finish a project or grabbed a quick dinner in the city. It never fails that the very next train home is the exact time a Ranger game has just ended and thousands of red, white, and blue garbed fans pack out the train heading back to Long Island. The train is loud, a bit stinky (actually that almost every train), and there’s bound to be a few unruly “amateurs” among the throngs. You either have to stand the entire ride or you’re packed in between loud fans. Hopefully you remembered to grab a tall boy in a paper bag and just give in to the madness that is hockey season.