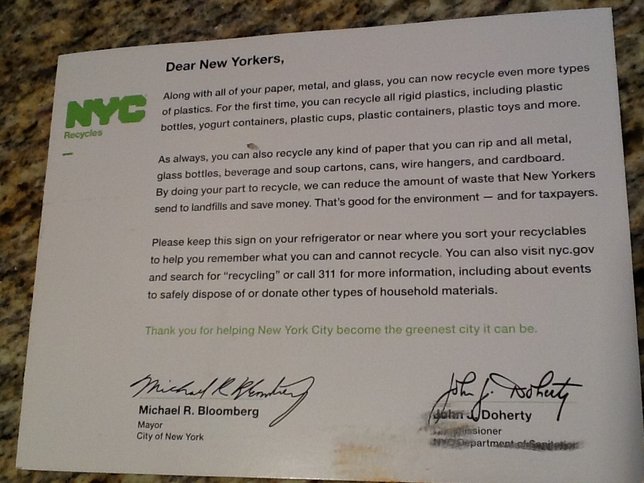 The New York City Department of Sanitation is responsible for waste collection and disposal for the City – it does not make its way to Long Island to also collect trash and recyclables – but, somehow the City’s expanded recycling program mailers have been distributed to at least three Suffolk County towns, according to reporting from the New York Daily News.

Ironically, an effort seeking to reduce waste has caused more waste with the recycling program mailers reaching some residents of East Patchogue, Bellport and Middle Island.

According to reporting from the New York Daily News, the City Sanitation Department spokesman Vito Turso indicated many of the mailings that went out to Long Island were for New York City property managers with primary addresses on Long Island. He also added that the mailings to Long Island residents were a “small number.”

While the mailers were meant for New York City residents, at least now when Long Islanders make their way into the City, they will be more familiar with the expanded recycling program.

Pictured is one of the program's flyers, which was received by Suffolk County resident Chris Simione. Photo courtesy of Chris Simione.