March is the month of marching in or viewing St. Patrick's Day Parades! 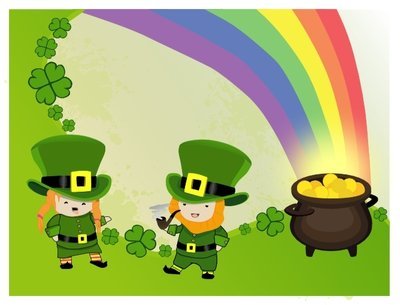 March is the month of marching in St. Patrick's Day Parades!  Towns across our Island are getting festive and going green.   People are proudly putting their love of all things Irish on display.

Spectators will line the streets to enjoy bagpipe players in kilts, pipers, marching bands, floats, fire trucks, souvenirs and candy.  Each parade carefully selects it's own Grand Marshal, parade king and queen.  There are lots of green beads being thrown off of the floats to parade watchers.  It is almost a Mardi Gras like atmosphere.

Saint Patrick, who was born in the late 4th century and was one of the most successful Christian missionaries in history. Early Irish settlers to the American colonies, many of whom were indentured servants, brought the Irish tradition of celebrating St. Patrick's feast day to America. The first recorded St. Patrick's Day parade was held not in Ireland but in New York City in 1762, and with the dramatic increase of Irish immigrants to the United States in the mid-19th century, the March 17th celebration became widespread. Today millions of Americans of Irish ancestry celebrate their cultural identity and history by enjoying St. Patrick's Day parades and engaging in the revelry.