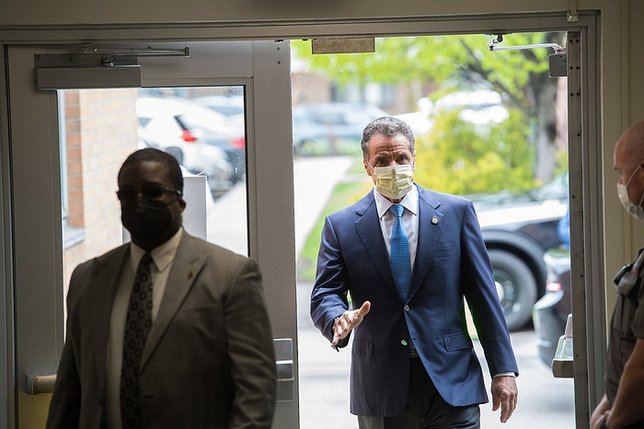 Colleges and universities testing at least 25 percent of total on-campus students, faculty and staff weekly will not be required to go on pause unless their positivity rate exceeds 5 percent during a rolling 14-day period. Colleges and Universities not testing at least 25 percent of their population weekly must go on pause if they have 100 individuals test positive or their positivity rate exceeds 5 percent – whichever is less – during a rolling 14-day period. This updated guidance will encourage more testing on campuses while allowing schools to better pinpoint and isolate problems before requiring a shift to remote learning so they don’t have to disrupt in-person instruction for everyone.

“We know that testing is the key to accelerating our economic reopening prior to reaching herd immunity, we’ve been moving down that path we just need to increase the volume of testing,” Governor Cuomo said. “This new guidance will not only incentivize Colleges and Universities to ramp up their testing efforts, it will also give these schools more flexibility before having to shift to remote learning and pause campus activities so more schools can remain open without jeopardizing safety.”

Previously, colleges and universities were required to go on pause if they had either 100 individuals or 5 percent of their student population test positive over a 14-day period, regardless of weekly testing rates. The updated guidance shifts to a rolling 14-day average favored by epidemiologists and medical professionals, as opposed to the original 14-day static timeframe.

Colleges and universities must transition to remote learning with limited on-campus activity when that threshold is reached during a 14-day period. If after two weeks, the local health department finds the college has demonstrated that it cannot contain the number of cases, then they could continue to require remote learning, or impose other mitigation measures in consultation with the State Department of Health. During that time, athletic activities and other extracurricular activities must be suspended, and dining hall options must move to take-out only.