Experience the Gold Coast Lifestyle of LI’s Rich and Famous

Take a day trip to the estate of one of LI's most powerful families, and take a step back in time to soak in the elegance of their history! 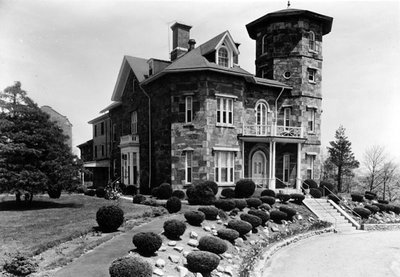 The Gold Coast of Long Island has a long prosperous history, but there are even more estates across the Island that were owned by wealthy families – many of which were donated to the public.  These sites were the inspiration for numerous films and novels over the years – with the most well-known being F. Scott Fitzgerald’s novel, The Great Gatsby, which was partially inspired by Oheka Castle.  Today, you can walk back in time to over a century ago and stroll the mansions and sprawling estates of some of Long Island’s most notable families, including the Vanderbilts, Posts, Kahns, and Cuttings.  Though you may not be in the top 1%, take a day trip to one of these estates and take a step back in time to imagine the home and grounds as they were in history – lavish settings of LI’s rich and famous!

Vanderbilt Museum
180 Little Neck Road, Centerport
William K. Vanderbilt II, a wealthy nature and automobile enthusiast of the prominent Vanderbilt family, had this 43-acre estate commissioned, which he named “Eagles Nest.” Construction on Eagle’s Nest began in 1910, and took 25 years to complete.  Though it began as a more modest retreat for Vanderbilt, he continued to add to the construction, and even had it done in a Spanish style that is rarely seen around Long Island.  Vanderbilt used the wings of his mansion as galleries for the natural artifacts that he collected, including vast collections of marine life, birds, invertebrates, and cultural artifacts. Quite possibly his most interesting artifact that is housed at the museum is a 3,000 year old mummy that Vanderbilt bought in its coffin at an antiques shop in Cairo in 1931 – the only real mummy that can be seen on Long Island.  On his property, he also had a cottage for his curator, a seaplane hangar, and a boathouse.  The Vanderbilt museum now displays hundreds of Vanderbilt’s artifacts, plus many others, and boasts a state-of-the-art planetarium for families and schools to enjoy.

The William Bayard Cutting Arboretum
440 Montauk Highway, Great River
William Bayard Cutting was a wealthy financier and real estate developer in the late 1800s, and he settled on Long Island in 1884 when he bought his 691-acre estate along the Connetquot River.  It included “Westbrook,” a sprawling Tudor-style mansion with many gables and tall chimneys.  He was a busy jack-of-all-trades, and spent much of his time building railroads, operating the ferries of New York City, and developing the South Brooklyn waterfront, Red Hook.  When he died at age 62, his wife and daughter decided to leave the estate to the public so that they could enjoy the extensive grounds of the estate.  It has since become an arboretum with a wide array of plant species, including the largest public dahlia display on the east coast, maintained by the Long Island Dahlia Society.

C.W. Post Long Island University
720 Northern Boulevard, Brookville
Before LIU, this 177-acre Gold Coast estate belonged to Marjorie Merriweather Post, the daughter to cereal magnate C.W. Post of Post Cereal Company.  When her father died when she was 27, Marjorie inherited the company and became the wealthiest woman in the U.S, with a combined fortune of $250 million.  Marjorie was a socialite who used this extensive land to host guests and entertain them with horseback riding, tennis, swimming, and golf.  She collected art from around the world and added to her estate with buildings in various styles, though Tudor was the most prominent.  She lived in Hillwood (in the featured photo), a 59-room Tudor revival mansion, where she hosted her other Gold Coast socialites, as well as ambassadors from around the world. Marjorie also had a life-size dollhouse created for one of her daughters, which is still on the estate today.  In 1947, she put the estate up for sale, and it was purchased by Long Island University.

Oheka Castle, also known as the Otto Kahn Estate
135 W. Gate Drive, Huntington
Though Oheka Castle is now synonymous as a wedding venue, Oheka is derived from the name of the man who originally lived there – Otto Hermann Kahn. Kahn was a financier and philanthropist.  The estate is situated on 443-acres of land, and to this day, his former home is the second largest private home in the United States.  Kahn’s land includes an 18-hole golf course, an extensive greenhouse, tennis courts, and indoor swimming pool, orchards, horse stables, and a landing strip.  The home and property was so revered as a Gold Coast symbol that F. Scott Fitzgerald used it as inspiration for Gatsby’s home in his novel, The Great Gatsby.  Today, the castle is a historic hotel with grand staircases, beautiful furnishings, and 32 guest rooms and suites, and is also the site of numerous weddings for the rich and famous.