Dolphin stranded in heavily contaminated water at the Brooklyn Gowanus Canal dies. Rescue plan was for it to find its way out by high tide, but it died an hour before reaching that point. 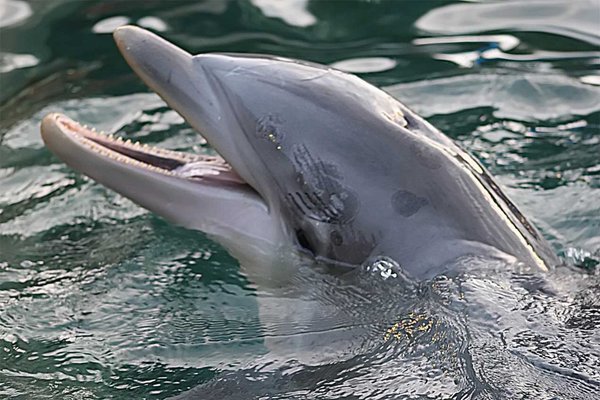 On Friday morning New Yorkers received a rare sighting – a dolphin in Brooklyn’s waterways. Unfortunately, the dolphin was injured and couldn’t find its way back out of the Brooklyn Gowanus Canal. By the evening, around 6:15 p.m., it died.

The dolphin was first spotted around 9:30 a.m. at the mouth of the canal. It continued to move its ways to the most inland point of the Gowanus Canal at Union Street in Brooklyn.

The murky water turned the dolphin from grey in color to black as it bobbed up and down and side to side with little sight of escape.

Authorities were on hand to monitor the situation and determine a rescue plan. The plan was to let the dolphin find its own way back out with the hopes that it would happen by high tide, around 7:10 p.m. Unfortunately, the dolphin didn’t  survive long enough for that to happen.

When an animal is free swimming, the procedure is to monitor it to see if it could help itself out of the situation, according to Rob DiGiovanni, executive director and senior biologist for the Riverhead Foundation for Marine Research and Preservation. There are also inherent risks involved when human intervention comes into play. The cold weather also complicated matters.

The dolphin measured about seven feet long and weighed about 200 pounds. Its dorsal fin appeared injured with blood on it. To make matters worse, the body of water it was stranded in is “one of the nation’s most extensively contaminated water bodies,” according to the U.S. Environmental Protection Agency. The body of water contains PCBs, coal tar waste and heavy metals from decades of being polluted with toxic wastes and sewage run-off, as reported from USA Today.

Back in 2007, a 12-foot Minke whale was also stranded near the mouth of the canal. It swam for two days with rescue help but the attempt also failed and the whale died.