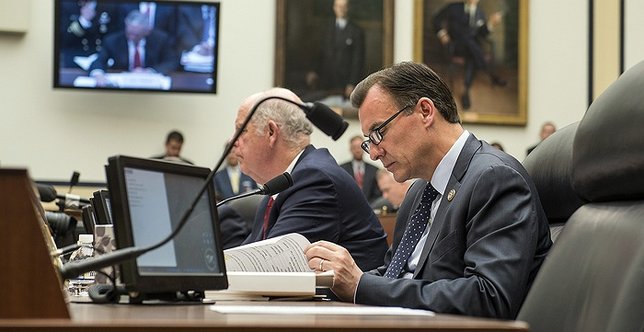 Long Island, NY - January 11, 2019 - Today, Congressman Suozzi was appointed to the US Congress Committee on Ways and Means, the chief tax-writing committee of the House of Representatives. As a former CPA, an attorney, a Mayor and County Executive, the Congressman brings expertise and experience to the committee charged with handling the nation’s finances. Suozzi is assuming former Congressman Crowley’s “downstate New York seat” on the committee and will continue to be the champion for New York’s interest.
“It is an honor to be appointed and serve my constituents on this committee,” said Congressman Suozzi. “I will fight for the national issues voters and American families are concerned about – increasing wages, improving retirement security and reducing healthcare and prescription drug costs – as well as local issues like reinstating the SALT deduction. I want to thank the Democratic leadership, Chairman Neal and my colleagues, especially the New York delegation, for their support and help with this important committee assignment.”
New York state is a net donor to the federal government. Estimates range from $36 to $46 billion in annual income tax dollars New Yorkers pays to the federal government that is not reinvested back in New York. The committee is essential to striking a fairer balance between our tax dollars and reinvestment in our state. For example, the recently introduced King-Suozzi bill, H.R. 257, that would reinstate a full SALT deduction was referred to the to the Ways and Means Committee.
Established in 1789, the Committee on Ways and Means is the oldest committee of the United States Congress and exercises jurisdiction over revenue and related issues such as tariffs, trade agreements, Social Security, Medicare and other social services programs. Typically reserved for senior Members of the House of Representatives, the prestigious committee’s alums include eight Presidents and eight Vice Presidents, 21 Speakers of the House of Representatives, and four Justices of the Supreme Court.