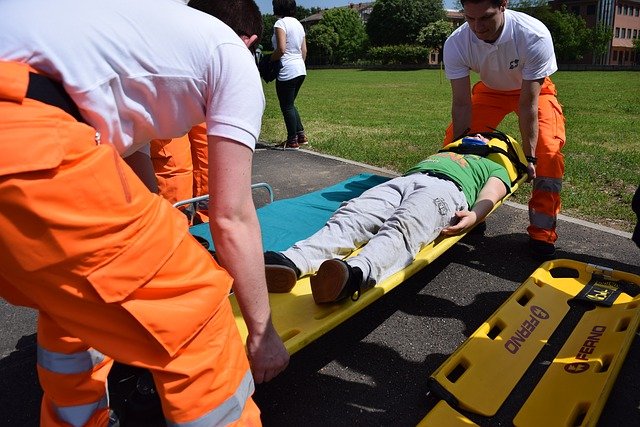 EMT Brandon Sutton of the Rapids Volunteer Fire Company in Lockport has been named the 2017 EMS Provider of the Year by FASNY.

Lockport, NY - August 11, 2017 - EMT Brandon Sutton of the Rapids Volunteer Fire Company (VFC) in Lockport has been named the 2017 EMS Provider of the Year by the Firemen’s Association of the State of New York (FASNY). Brandon was recognized for his fast-acting heroics last September when his swift response and high level of emergency medical care saved the life of a man who was in severe cardiac arrest.
At the time of the rescue, Brandon was 20 years old and had his EMT card for just over a year. He was previously a member of the Clarence Center Volunteer Fire Company and transferred to Rapids Volunteer Fire Company in order to better utilize his EMT Certification, as Rapids is a transporting agency. As a direct result of his decision to transfer, he was able to save the life of a neighbor.
He will be formally recognized for his lifesaving efforts at the 145th Annual FASNY Convention on August 12th in Syracuse where he will receive his medal of valor from FASNY President Ken Pienkowski.
“We have seen many great lifesaving responses over the years and this is definitely one of them. The perfect combination of proximity to the location, swift response and the high level of treatment provided by Brandon ensured that this patient did not lose his life that morning,” said FASNY President Ken Pienkowski. “In fact, it can be said that this was the point that put this individual on the road to recovery and better health.”
“It’s an honor to receive this award and I couldn’t be prouder to represent my Fire Department as EMS Provider of the Year,” said Rapids Volunteer Fire Company EMT Brandon Sutton. “I feel like this response was meant to be and I am glad that I was at the right place at the right time to help the patient pull through.”
DESCRIPTION OF RESCUE
On Wednesday September 14th 2016 at 7:02 AM, the Rapids VFC was alerted that a 66-year-old male with a cardiac history was suffering cardiac arrest in the Town of Clarence. EMT Brandon Sutton was assigned the Emergency Ambulance Service Vehicle for the evening and upon receiving notification was able to immediately respond. The EASV is a rapid response vehicle, equipped with Basic Life Saving equipment, including an Automatic External Defibrillator (AED).
Sutton was positioned less than a mile away from the victim and was able to arrive in in one minute. Upon arrival, Sutton advised family members to continue CPR (through by the 911 dispatcher) while he began to prep the AED for use. Once cleared, Brandon administered a shock to the patient.  At this time Sutton was joined by fellow Rapids VFC responders who continued to work on the patient.  They continued CPR and shocked the patient once more, where he was able to begin breathing on his own and regained a strong pulse.
The patient continued to show signs of improvement during his transport to the hospital which is roughly 30 minutes away.  He was admitted to the cardiac cauterization lab and underwent surgery.  He subsequently received four more procedures to repair his heart condition and begin the road to recovery.
Subsequent to the actions of Brandon and the Rapids VFC, the family has sent numerous thank you cards and notes of appreciation to the Fire Department, which have been read aloud at company meetings.  The family also went as far as to make a monetary donation to the Fire Department in recognition of Brandon’s efforts.
“The officers of the Rapids Volunteer Fire Company feel as though if Brandon would not have had the vehicle signed out for the shift that he did, that the response to the scene of the aforementioned call would not have been as prompt and the outcome would not have as favorable,” read an excerpt of the nomination letter submitted to FASNY on Brandon’s behalf.
“This event goes to show the passion and professionalism that Brandon has for his community and we feel as though this should not go unnoticed,” the letter concludes.
About FASNY
Founded in 1872, the Firemen’s Association of the State of New York (FASNY) represents the interests of the approximately 110,000 volunteer firefighters and emergency medical personnel in New York State. For more information, visit www.fasny.com.