Congregation Beth Ohr in Bellmore in conjunction with the Church of the Transfiguration of Freeport present the theatrical performance, “Letters from Anne Frank and Dr. Martin Luther King, Jr.,” on Sunday, January 12. 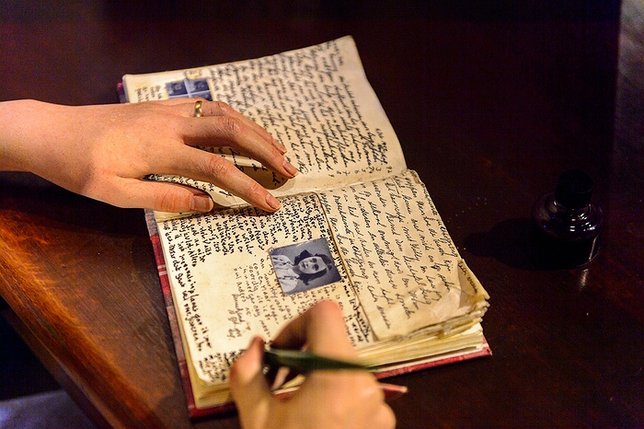 “Letters from Anne Frank and Dr. Martin Luther King, Jr.” is a powerful production by The Anne Frank Center for Mutual Respect based on experts from Anne Frank: The Diary of a Young Girl and Dr. King’s “Letter from a Birmingham Jail.” Anne Frank and Martin Luther King, Jr. were both born in 1929 and as different as their lives were, they both faced hate, prejudice, and injustice. This piece, as described by the Anne Frank Center website, “evokes the important messages from these legendary figures, as they write of their hopes and plans for a peaceful and unified world.”

Congregation Beth Ohr Rabbi Dahlia Bernstein said, “Together Congregation Beth Ohr and the Church of the Transfiguration of Freeport are amplifying voices of inspiration. The performance of the “Letters of Anne and Martin” unites our communities through shared hopes for peace. People of conscience must seek out allies in our fight against anti-Semitism and hate.”

The performance is free and open to the public and will take place at Temple Israel Annex, 2655 Clubhouse Road in Merrick. The doors open at 3:30 p.m., and the program begins at 4 p.m.  Refreshments will be served. For more information call (516) 781-3072 or email officestaff @cbohr.org.