The T-Band is a portion of spectrum used to support critical public safety communications. 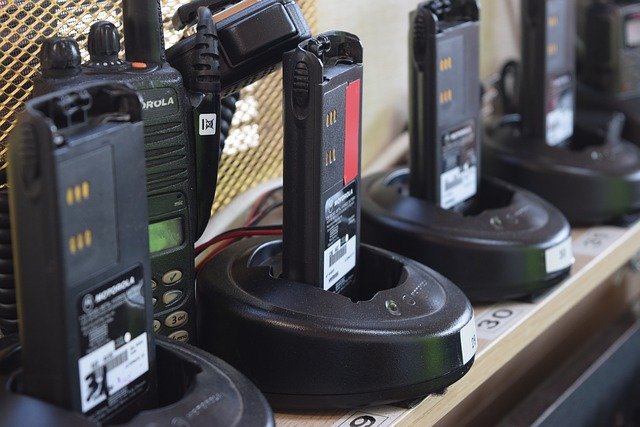 Long Island, NY - January 16, 2019 - Representatives Lee Zeldin (R, NY-1), Eliot Engel (D, NY-16), Peter King (R, NY-2), and Al Green (D, TX-9) re-introduced the “Don’t Break up the T-Band Act” (H.R. 491); legislation that would repeal the provision of the Middle Class Tax Relief and Job Creation Act of 2012, which mandates the sale of the T-Band spectrum, therefore allowing law-enforcement, fire officials, and EMS to continue using the T-Band spectrum to operate their radios for day-to-day life saving operations.
Currently, the Federal Communications Commission (FCC) is required to reallocate and auction the T-Band spectrum by 2021, which would endanger public safety communications in major metropolitan areas across the United States. The T-Band is a portion of spectrum used in 11 heavily populated metropolitan areas, including New York, covering over 90 million Americans, to support critical public safety communications (i.e. police, fire and other first responder’s radios) and provide regional interoperability among first responders. Public safety agencies have spent numerous years and hundreds of millions of dollars of federal, state and local funds to plan and build out these T-Band networks. The result is battle-tested public safety networks that provide resilient coverage, reliability and regional interoperability. This spectrum is essential to public safety and for many public safety entities there is nowhere else to move, so Reps. Zeldin, Engel, and King have introduced the “Don’t Break Up the T-Band Act” to preserve the T-Band spectrum before it is reallocated for good.
Congressman Zeldin (R, NY-1) said, “Our first responders bravely and selflessly put their lives on the line each and every day to protect our communities, and our first priority must be ensuring they have the resources they need to safely and effectively do their jobs. From hurricanes to fires, in the most dire situations, the T-band spectrum provides critical communication between first responders. Even when cell phones, internet, and electricity cease to function, T-band is the last line of defense, and selling off this spectrum would be a disservice to our nation’s first responders and the millions of Americans they serve.”
Congressman Engel (D, NY-16) said, “As I’ve said before with regard to the T-Band spectrum: if it isn’t broke, don’t fix it. T-band has been successfully utilized by law enforcement and first-responders for quite some time. It is a reliable and resilient network, that functions in subway tunnels, underground concrete parking lots, and even deep inside large buildings where other systems routinely fail. The T-Band spectrum works and as such it must be preserved for our brave police officers, fire fighters, EMTs and other first responders. I’m proud that we were able to quickly introduce this bipartisan bill early in the 116th Congress.”
Congressman Peter King (R, NY-2) said, “This legislation allows our first responders to take advantage of emerging telecommunication technologies while still retaining their radio communications. In addition, it will remove the requirement to re-work emergency communications infrastructure which would be an overwhelming financial burden to our local governments.”
Congressman Al Green (R, TX-9) said, “First responders and emergency personnel must be able to communicate no matter the circumstances. It is imperative that Congress support legislation that protects the lines of communication among the brave men and women who respond to national emergencies and natural disasters. Passing the Don’t Break Up the T-Band Act of 2019 will help accomplish this goal.”
NYC Police Commissioner James P. O’Neill said, “The NYPD has significantly reduced crime and disorder in New York City due, in large part, to our ability to rapidly respond and effectively communicate. Our police officers depend on the well-engineered T-Band to keep all New Yorkers safe. This system enables the NYPD to efficiently answer more than nine million calls to 911 each year. This legislation is crucial in maintaining our ability to best protect all the people we serve.”
NYC Fire Commissioner Daniel A. Nigro said, “Since September 11th, we have systematically improved radio communications for our Firefighters and EMS personnel responding to fires and medical emergencies because those transmissions can so often mean the difference between life and death. Losing the T-Band spectrum would require billions of dollars to replace existing radios and infrastructure, devastate FDNY’s operations at thousands of emergencies each day, and unnecessarily endanger the safety of every single New Yorker.”
Suffolk County Fire District Officers Association President Jay Egan said, “The issue of the T-Band being left as is should be paramount to all and being it is directly a public safety issue, remain supported on a bipartisan bases. The fire service dedicates countless hours to protect the well being of all our residents and keeping the T-Band intact will only assist in this effort. Taxpayers everywhere are currently overburdened as it is and additional costs to meet the demands of the alternative to T-Band would be astronomical.”
Suffolk County Legislator and Mastic Fire Chief Rudy Sunderman said, “As a County Legislator, as well as a Fire Chief, I fully support the repeal of the bipartisan T-Band bill as proposed by Congressman Lee Zeldin and his colleagues. Finding new radio channels will be time consuming with a hefty bill for radio programming for each Fire District on Long Island. Repealing the mandated sale of the T-Band spectrum will be a huge cost savings not only to the fire districts but to the taxpayer as well.”