A female victim, 64, had her wallet stolen and then was ordered to get in her car and drive away, cops say. 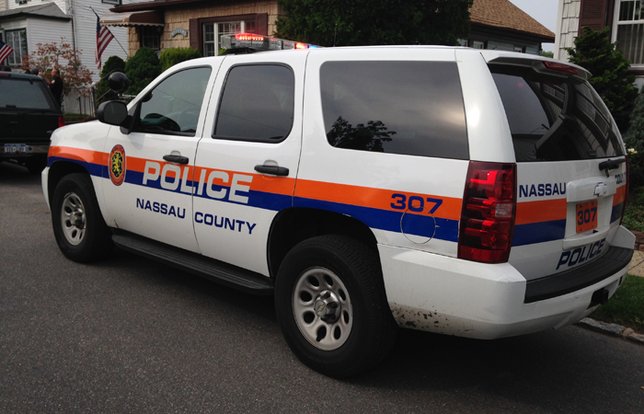 NCPD reports the details of a Robbery on Tuesday, December 12, in Bethpage.

Bethpage, NY - December 28, 2017 - The Second Squad reports the details of a Robbery that occurred at 5:20pm on Tuesday, December 12, 2017 in Bethpage.
According to Detectives, the female victim, 64, was walking through the parking lot of 15 Grumman Road West when she was approached by an unknown suspect who pointed a black handgun at her and demanded her wallet. The victim in fear of her safety complied; the suspect then ordered her to get in her car and drive away. The proceeds were an undetermined amount of US currency. No injuries were reported.
The suspect is described as a male white, blue eyes, short style hair, short thin build, wearing all black clothing and a black turtleneck shirt pulled up covering the bottom half of his face.
Detectives request anyone with information regarding this crime to contact Nassau County Crime Stoppers at 1-800-244-TIPS. All callers will remain anonymous.