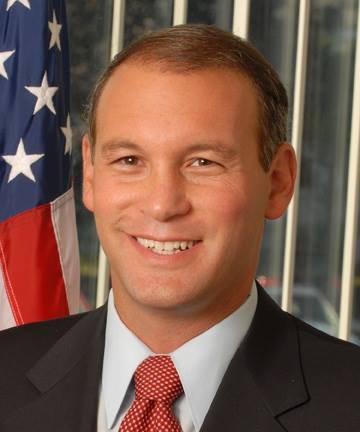 These community leaders are supporting Stern because they know that in order to continue Representative Steve Israel’s legacy, we must ensure that our next Congressman puts New York’s middle class families first. Stern announced his campaign for Congress soon after Rep. Steve Israel announced his plan to retire. These endorsements come just weeks before the petitioning period is slated to begin.

Upon receiving the endorsements, Steve Stern said: “It’s time for Congress start fighting for the middle class and not for radical Tea Party interests. Representative Steve Israel has served New York with distinction and leaves a tremendous legacy that the North Shore’s next member of Congress must continue. I have spent my career fighting for taxpayers, veterans, and senior citizens ­ working hard for everyday New Yorkers. Now, as the campaign to replace Rep. Israel begins, I’m honored that leaders who have represented our community admirably have confidence that I will bring our values to Washington.”

Suffolk Legislator Lou D’Amaro, who has served with Stern for a decade, said: “​As gridlock continues to haunt our nation’s capital, we need to elect leaders with proven track records of getting results and Steve Stern is that leader. Steve’s history of doing whatever it takes to protect taxpayers and preserve our quality of life is exactly what we need in Washington and I enthusiastically endorse Steve Stern’s candidacy to represent us in Congress.”

In backing Stern, Suffolk Legislator Doc Spencer said: "I'm endorsing Steve Stern for Congress because I know he will put taxpayers first. In the legislature, Steve Stern has been a role model, consistently voting against raising taxes while taking courageous votes for public health and for our veterans. I cannot think of anyone who I would want to follow in Steve Israel's footsteps more than Steve Stern."

Proclaiming her support for Stern, Huntington Councilwoman Susan Berland said: "​I've worked with Steve Stern for years and I know first­hand that he would make an exceptional member of Congress. Steve represents the very best of our community and we can trust that Steve will stand up to the radical interests in Washington that shut down the government."

In endorsing Steve Stern, Huntington Town Councilwoman Tracey Edwards noted: “S​teve Stern is a champion for our community. For years, he has been advocating for middle class families and I'm honored to support him. We can trust that Steve will stand up for our values by always fighting for Long Island, first and foremost. I'm proud to endorse Steve Stern for Congress and I know he will continue Steve Israel's legacy of putting his constituents first."

About Steve Stern
Legislator Steve Stern has spent his entire career fighting for middle class families, veterans, and senior citizens on Long Island. Currently serving his sixth term as a Suffolk County Legislator, Steve has stood out as both a progressive champion and a prudent watchdog of taxpayer dollars.

He has been a leader in our community – fighting for homeless veterans, senior citizens, and protecting the Long Island Sound. S​teve lives in Dix Hills with his wife, Meredith, and his two teenage boys. He is a Certified Elder Law Attorney (CELA) and serves as adjunct Professor at Touro School of Law. S​teve has also served as trustee of the Multiple Sclerosis Society­LI Chapter, a past Vice­President of the Suffolk Y­JCC, and a coach in Half Hollow Hills Little League.