Mangano And Veterans Dedicate Battle Of The Bulge Monument 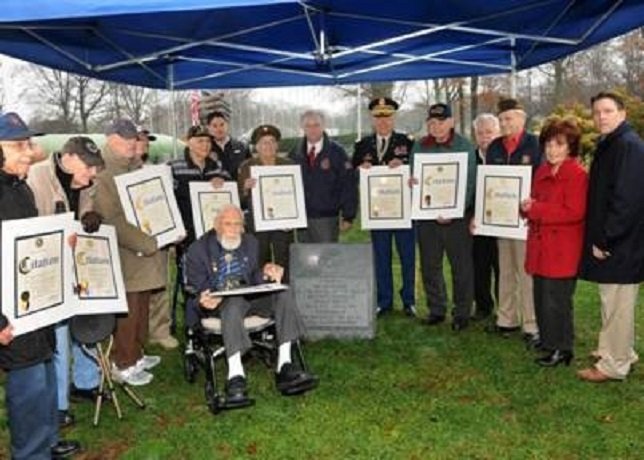 “We honor the brave servicemen of the United States Armed Forces who served in the infamous Battle of the Bulge - the fiercest battle the American Army ever fought - that began in December 1944 and lasted 6 weeks. Nineteen thousand brave servicemen made the supreme sacrifice for our nation, and it is estimated 90,000 were either wounded or captured by the German Army,” stated County Executive Mangano. “I thank the Long Island Chapter of the Battle of the Bulge for their service to our nation and for raising the private donations for this new monument in Eisenhower Park.”

“As we stand together today, December 23, 2015, we dedicate this monument and thank all of the veterans of the Battle of the Bulge, those veterans gathered with us here today, and especially those soldiers who gave the ultimate sacrifice, to protect our freedom and our American way of life,” stated County Executive Mangano.