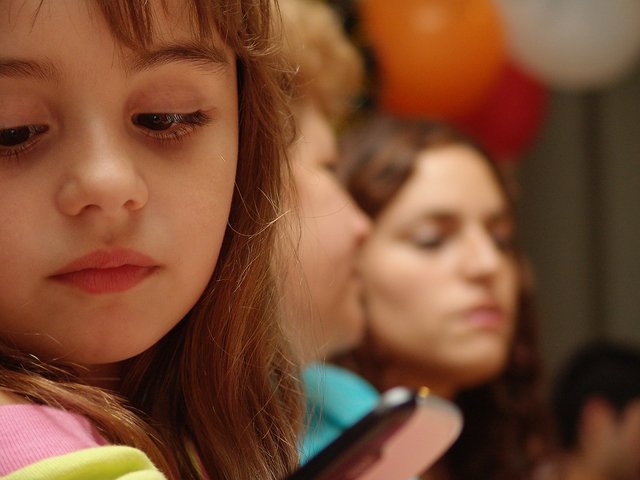 The permanent extension of the tax credits mean families do not have to worry about losing out on critical benefits.

Washington, DC - December 17, 2015 - U.S. Senator Charles E. Schumer today announced that the just-unveiled must-pass tax package, the “Protecting Americans From Tax Hikes Act of 2015,” includes a permanent extension of key provisions in two anti-poverty tax credits that help working families in New York. The “Earned Income Tax Credit” (EITC) and the “Child Tax Credit” (CTC) are important to nearly 1.5 million children in 755,000 New York families. These provisions were scheduled to expire in 2017, and if they do, more than 1.1 million New Yorkers will be pushed into, or deeper into poverty. Earlier this month, Schumer stood alongside leading anti-poverty advocates to call on Congress to make the tax provisions permanent. Schumer said that if the tax bill passes, critical provisions in these two credits will be made permanent.

“Right now, nearly two million working parents in New York rely on two important tax breaks that allow them to make ends meet. These tax credits are the Earned Income Tax Credit and the Child Tax Credit and combined they are widely viewed—even in our polarized Congress—as successful programs that have reduced poverty and promoted entry into the workforce,” said Senator Schumer. “Our most vulnerable families, many on the verge of poverty, cannot afford harsh cuts in these benefits and that’s why I have been pushing to make critical provisions in these tax credits permanent. I will continue to push these priorities until this bill passes and these two tax benefits are permanently inscribed in the U.S. tax code.”

“We are very close to the finish line and very excited that it looks like tax credits for struggling working families will be made permanent under the compromise legislation.  There is simply too much at stake in this debate to remain silent. Senator Schumer has been vocally leading the charge to make the EITC and CTC permanent in the final bill. He knows all too well that if these provisions are allowed to lapse over 500,000 children, 30,000 veterans and 1.1 million struggling New Yorkers overall will be pushed deeper into poverty and that is unacceptable,” said Ron Deutsch, Executive Director of the Fiscal Policy Institute.

“It is a relief that the possible elimination of these two powerful anti-poverty programs has been addressed by Congress without partisan politics being injected in the decision.  New York State has three of the top 10 U.S. cities with the highest concentration of poverty for African-Americans and Latinos.  The child poverty rate in many of our cities has crossed the 50% mark with dire consequences for those communities and our entire state.  Every fiscal and policy tool available to lawmakers needs to be deployed to counter the corrosive impact that poverty has on our society.  With the Earned Income Tax Credit and Child Tax Credit programs now hopefully secure, we can focus our work to end poverty on other needed policy initiatives ,” declared Assemblyman Marcos A. Crespo, Chair of the Assembly Puerto Rican/Hispanic Task Force.

“CHCF knows all too well the struggles of the families with whom we work. They are the faces of the working poor and like many Latino families in our most vulnerable neighborhoods, they make up 25% of those in the Latino community living in poverty.  We are encouraged and hopeful at the recent bipartisan efforts to make permanent and extend EITC and CTC benefits and hope that our most vulnerable families will have something to celebrate for the holidays.  Thank you to Senator Schumer  for his leadership and advocacy on behalf of New Yorkers and working families across the country.”  said Grace C. Bonilla, President/CEO, The Committee for Hispanic Children & Families, Inc.

“I know corporations are people these days but that shouldn’t mean we give tax breaks to businesses alone. Senator Schumer has done an amazing job leading negotiations to ensure that real people, not just corporations receive these important tax breaks by fighting for EITC and CTC. These programs are proven to be effective tools in bridging opportunity gaps and should be made permanent by Congress in the final budget agreement,” said Allison Sesso, Executive Director, Human Services Council of New York.

“I am pleased that the EITC and CTC will be made permanent as part of the pending tax extenders package. Our country is suffering from an unsustainable chasm between rich and poor, with far too many of our fellow citizens living in poverty. The EITC and CTC are among the most effective anti-poverty programs in our nation's history. Making these credits permanent will ensure that over 500,000 children and 1.1 million New York families will not be pushed deeper into poverty. As a Reform rabbi, I am raising my voice at this time to fulfill my tradition's call to speak and act for justice by lifting working families out of poverty with dignity,” said Rabbi Rachel Timoner of Congregation Beth Elohim in Brooklyn

“Each year we track hardships experienced by low-income New Yorkers struggling to stay out of poverty. In 2015, over a third of the city’s low-income working families reported falling behind on their rent, nearly half (48 percent) had less than $500 in savings in the case of an emergency, and one in five could not afford subway and bus fares,” said David R. Jones, President and CEO of the Community Service Society. “The EITC and the Child Tax Credit are the two most effective federal tools for lifting working families out of poverty. So we are pleased that a bipartisan deal has been reached to permanently extend improvements made to these tax credits and thank Senator Charles Schumer for his leadership in making sure that happened.”

"We are heartened by the news that critical Earned Income Tax Credit improvements will be included in Congress’s final budget deal and thank Senator Schumer for his leadership on this issue, " said Jennifer Jones Austin, CEO and Executive Director of the Federation of Protestant Welfare Agencies. We know that nearly 50 percent of New Yorkers are just getting by or finding it difficult to do so, and we also know that the EITC is an anti-poverty policy with demonstrated effectiveness in helping to drastically reduce poverty in New York City."

“The United Way network in New York recognizes the immense value of the Earned Income Tax Credit and Child Tax Credit. We see firsthand the benefit of these pro-work, anti-poverty tax credits through the many United Ways in the state that help working individuals and families access the credits through Volunteer Income Tax Assistance programs. While assisting 597,000 New Yorkers in 2013, the credits brought back $4.1billion to local economies in 2012. There is no better tool to help working Americans keep more of what they earn and to achieve financial stability. Senator Schumer's leadership on these critical tax credits has been incredibly impactful. The Senator is a great advocate for the Earned Income Tax Credit, the Child Tax Credit, and the working families of New York. We hope to see the EITC and CTC made permanent,” said Reg Foster, President and CEO of United Way of New York State.

According to the IRS, the EITC benefit is for working people with low to moderate income. The Child Tax Credit is for people who have a qualifying child and may be worth as much as $1,000 per qualifying child depending on the parent’s income.