A new change in environmental policy could cost nearly $500,000 in replacement hydrants just in Suffolk County. 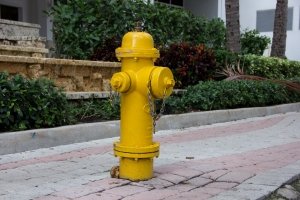 Senator Charles Schumer appeared at the Garden City Park Water District on Thursday, December 12th, to denounce a recent alteration in environmental law which could cost Suffolk County alone nearly half a million dollars. The change stems from the Environmental Protection Agency’s ruling, made on October 22nd of this year, that the Reduction of Lead in Drinking Water Act of 2011 applies to public fire hydrants and towns must begin to comply by January 4th, 2014.

The law, as its name implies, was designed to increase the purity and safety of drinking water in the country by prohibiting lead contaminants from coming in contact with pipes, fittings, faucets, and other plumbing equipment which carry water. Because the act was aimed specifically at water intended for consumption, exceptions were made for plumbing that is connected solely to showers, toilets, outdoor hoses,  and other pipes not meant for drinking purposes. The EPA’s October decision, however, noted that fire hydrants are on occasions used to obtain drinking water and consequently must adhere to the new lead-free standards.

Fire hydrants can cost in excess of $1,000 apiece, which in turn means that replacing each hydrant on Long Island with one that adheres to the new rules would cost over $450,000 according to the Suffolk County Water Authority. Because the EPA’s decision came unexpectedly, manufacturers and municipalities across the country have stockpiles of as yet unused hydrants which would also need to be tossed aside in favor of new, lead-free models.

“In the final seconds of the game, the EPA has released guidance for a 2011 law and applied unexpected standards to fire hydrants—based on the rare occurrence that they are used for drinking water—that could cost municipalities across Long Island hundreds of thousands of dollars come January,” said Schumer. “The EPA’s absurd interpretation of the reduced lead standards will force municipalities to throw out and replace their current stockpile of hundreds of thousands of dollars’ worth of fire hydrants without any discernible safety benefit.”

Overexposure to lead in drinking water has been linked to delays in the physical and mental development of children, as well as the increased blood pressure and kidney stones in adults, but the senator argues it is incredibly unusual for a hydrant to be used for drinking water. He has asked the EPA to exempt existing hydrants from the new standard so as to provide a grace period before new ones can be designed and implemented, and save towns a great deal of money they did not anticipate having to spend.

“The EPA simply must grant a waiver for existing fire hydrants so that Long Island cities, towns and municipalities can use what’s in their inventory, and provide a transition period for municipalities, hydrant manufacturers and others to prepare for these new rules.”

Schumer went on to say that if the EPA does not provide a solution to the sudden financial strain, he will push legislation in the Senate to make fire hydrants exempt from the new lead standard.