Gillibrand and Schumer called on Vice President Biden to support two bills that will stop the trafficking of illegal guns into New York and put more citizens' information into the national background check system to ... 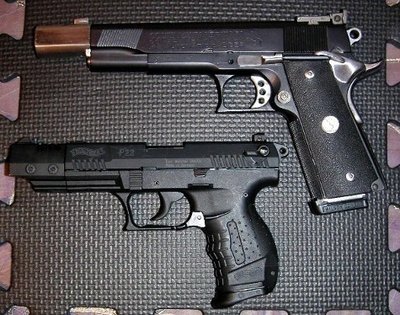 Earlier this week, New York Senators Kirsten Gillibrand and Chuck Schumer urged Vice President Joe Biden to include two important measures in the recommendations put forth by his “Task Force To Prevent Gun Violence,” including a move to prevent the trafficking of illegal guns into New York, as well as a measure to make it harder for felons and those with documented mental illness to purchase guns.

Senator Gillibrand wrote the Gun Trafficking Prevention Act of 2013, a federal measure which was cosponsored by Senator Schumer, and would “empower local, state, and federal law enforcement to investigate and prosecute gun traffickers and their entire criminal networks, while protecting responsible, law-abiding gun owners,” according to a press release.  The act will stop the flow of illegal guns into New York and other communities by allowing local law enforcement agencies to pursue individuals with illegal firearms.

Currently, there is no federal law in place that defines gun trafficking in the United States, and Gillibrand’s measure would be the first to define gun trafficking and allow localities to crack down on those dealing the illegal weapons.  It will make it illegal for anyone to traffic or assist in the trafficking of a firearm.  Gillibrand also added that it will be illegal to “deliver or receive two or more firearms where the individual knows or has reason to believe that the firearms are being, or will be, used in a felony.”

Illegal firearms cause a large problem in New York State: 85% of firearms used in crimes in New York City come from out of state, and 90% of those guns are estimated to be illegal.

Under Gillibrand’s bill, gun traffickers would face up to twenty years in prison, and also must pay a significant fine.  Greater penalties would be dealt to those in charge of trafficking rings, and those engaged in the conspiracy to traffic guns will be treated the same as those who physically sell and receive illegal guns.

The second measure supported by Gillibrand and Schumer is the Fix Gun Checks Act, which has been proposed in order to fix the country’s broken gun background check system.  The bill would require the state and federal governments to send all necessary records on felons, drug abusers, those with serious mental illness, and other people deemed to be dangerous to the National Instant Criminal Background Check System (NICS), the system run by the FBI that provides background checks on gun buyers.  This step will close loopholes to make sure that more individuals who are federally prohibited from owning a gun are in the NICS.

The bill specifies that those who are “mentally ill” are “people who are ordered by a court to get outpatient treatment for mental illness,” and thus are prohibited from having a gun.

“Congress has ducked a serious national debate over common-sense gun laws for too long. We have an obligation to act and prevent tomorrow’s senseless deaths by coming together and ensuring that guns stay out of the hands of criminals and the dangerously mentally ill,” said Senator Gillibrand in the press release. “By cracking down on illegal gun traffickers and their vast criminal networks, we can reduce gun violence and keep our children and families safe. As a mother and a lawmaker, I will not allow these tragedies and gun violence-related deaths, to go unanswered. It is time to demand real solutions and give law enforcement the tools they need to eliminate illegal guns from the street and keep guns out of the hands of dangerous people.”