The Suffolk County Legislature has given the Suffolk County Traffic and Parking Violations Agency (SCTPVA) up to 90 days to develop a payment program for the fines it levies to ticketed motorists. 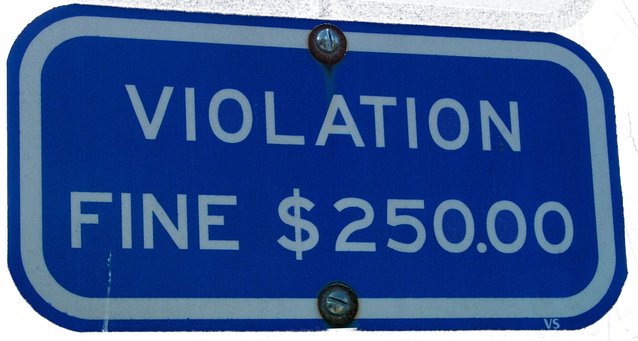 If approved by the Legislature, Hahn's bill directing SCTPVA will allow non-moving violators to pay their fines in installments rather than as one lump sum due immediately.

Riverhead, NY - December 1, 2015 - The Suffolk County Legislature has given the Suffolk County Traffic and Parking Violations Agency (SCTPVA) up to 90 days to develop a payment program for the fines it levies to ticketed motorists.   The directive gives the agency three months to develop a proposal that, if approved by the Legislature, would allow non-moving violators to pay their fines in installments rather than as one lump sum due immediately.

The initiative was sponsored by Legislator Kara Hahn (D-Setauket) after receiving an appeal from one of her constituents who was threatened with the suspension of his license after he could not pay his fine in full.

“The revocation of a driver’s license should be reserved for violators who endanger public safety, not for someone unable to pay a fine on the day it is imposed,” said Legislator Hahn.

Unpaid fines, fees and surcharges associated with parking tickets are often not collected or prove costly to collect and can result in lost revenue for Suffolk County’s government and taxpayers.  Suffolk County currently has $2.3 million in outstanding tickets. The legislator added that a payment plan option is a win-win because it helps struggling Suffolk County citizens meet their obligations to both their families and to the county.

According to Legislator Hahn and Legislator Kate Browning (WFP, Shirley), Chair of the Legislature’s Public Safety Committee, punitive measures are intended to be teaching moments, rather than a road to economic ruin.

“I congratulate Legislator Hahn for bringing this issue forward,” said Browning. “As a co-sponsor of the bill, I agree that no one should have to make a choice between putting food on the table for their family or paying a fine.  Failure to pay causes a person to have a suspended license and potentially lose their employment.  A payment plan for middle and low income residents will benefit the resident and the agency.“

“A deterrent should never become a detriment, nor should the sting of a ticket ever become the hunger pains of a child,” said Legislator Hahn.  “While these fines are supposed to serve as a financial deterrent to behavior that puts the public at risk, when unaffordable penalties are imposed and become due immediately, our residents are forced to make decisions that are counter to our values and to the public interest.”

Violators cited in nearby New York City have the option of paying fines through an installment plan which requires that a portion of the fee be paid at the time of conviction, followed by monthly payments with a 9 percent interest charge until the debt is paid in full.  Suffolk eventual plan may take a similar form as the SCTPVA develops its own program.

The directive to the SCTPVA now goes to the County Executive for final approval.  Then, once the SCTPVA develops its plan, the Legislature will have an opportunity to evaluate the proposal and decide whether to implement it.

“Punishment without mercy does not serve this county or its residents.  I encourage the County Executive to sign this bill as it advances the central tenant of fairness in justice,” concluded Legislator Hahn.