Legislation to declare April 19th “Got Checked Day” received the full support of the Health Committee and will now go before the full legislature on Tuesday, November 21st. 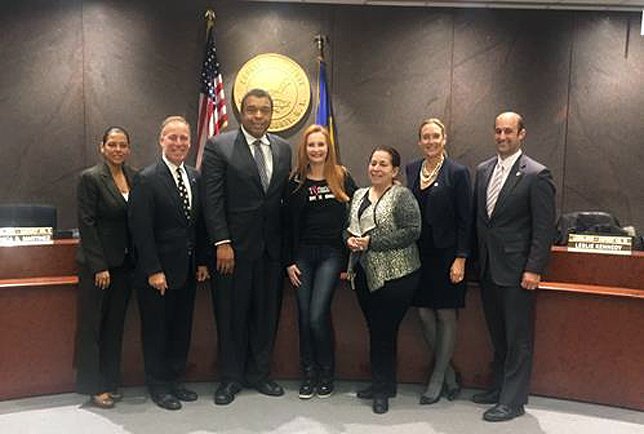 Hauppauge, NY - November 20, 2017 - Creative Director of First Company Pink, Linda Bonanno, came before the County’s Health Committee on Thursday to present on IR 1829, Declaring April 19th “Got Checked Day” in Suffolk County. As part of First Company Pink’s Got Checked? campaign, Lisa and her organization are on a mission to reach a wide audience of young women and men to promote breast health education and awareness. With a 2% increase in the rate of metastatic breast cancer found in women under the age of 30 in the US, the Got Checked? campaign was created to inform younger people about the importance of early detection in an effort to save lives.
“With October being the National Breast Cancer Awareness Month, selecting a day, six months later, in April, underscores the reality that breast cancer awareness and education should be a year-round effort. I commend the work of First Company Pink and the Got Checked? campaign to bring resources and knowledge to the public, particularly our youth, about this disease,” stated Legislator William Spencer, M.D.
The legislation to declare April 19th “Got Checked Day” received the full support of the Health Committee and will now go before the full legislature on Tuesday, November 21st at their General Meeting. If passed, beginning in 2018 and every year thereafter, April 19th will be designated as “Got Checked Day” in Suffolk County to raise awareness among both young men and women on the importance of performing breast self-checks regularly and seeing a medical professional for a check starting in their youth. To learn more about the organization and the campaign log on to firstcompanypink.org and gotcheckednow.com.