Phoebe Piscitello was born in her new bedroom only a day after her parents moved to their new home. 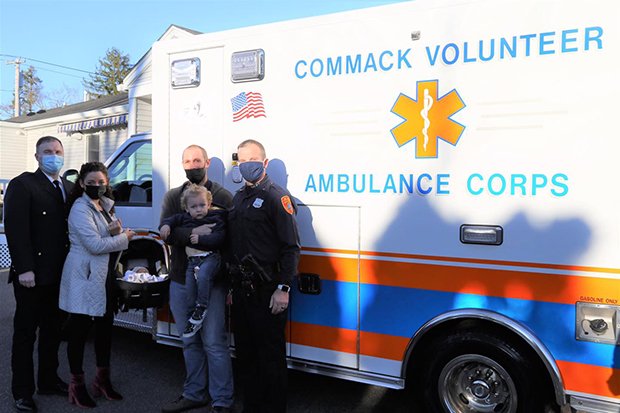 On October 26, the parents of Phoebe Piscitello welcomed their daughter into the world. Not very unusual until you learn that baby Phoebe was born in own new bedroom, according to a Suffolk County Police Department post on social media. And the Piscitellos had only been in their new home for one day when their baby girl arrived.

“The Piscitello family got quite the housewarming present on October 26,” the post read. “The first full day in their new home on Pomper Drive in East Northport, when the family welcomed baby girl Phoebe James at 6:57 am.”

Parents Hayley and Phil got an assist in the delivery from Suffolk County Police Second Precinct Officer Christopher Ward and off-duty Officer James Garside, who was working for the Commack Volunteer Ambulance Corps. at the time. 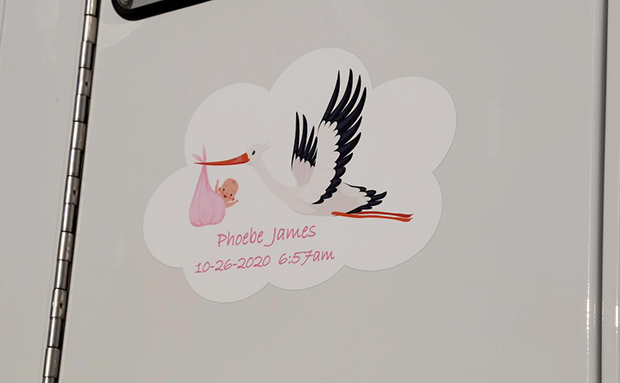 Phoebe weighed in at 8 pounds 4 ounces and was 19.5 inches long. She has a big brother Julian, who is 2-years-old.

Phoebe and her mom were taken via Commack Volunteer Ambulance Corps. Ambulance to Huntington Hospital for evaluation.

“In honor of baby Phoebe and her dramatic entrance, a stork decal bearing her name has been affixed to the ambulance that transported the family to the hospital, which had only been in service for approximately a week at the time,” Suffolk Police reported.