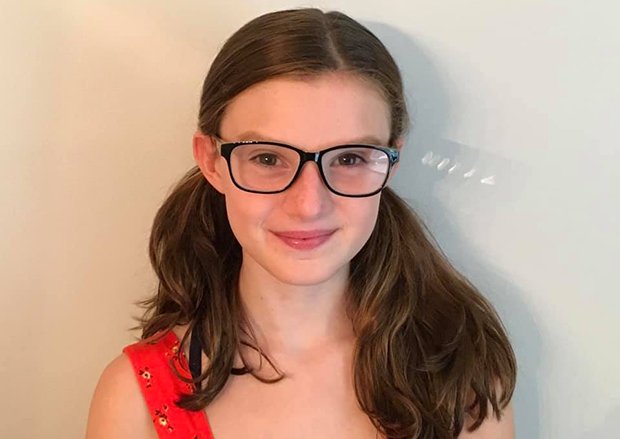 Makayla Joy Connolly, the 8-year-old Broadway star from Northport has taken on the role of Lily Potter Jr. in the play Harry Potter and the Cursed Child at the Lyric Theatre in New York City.

Local officials joined a host of representatives from the military for the event. Connolly sang the National Anthem and God Bless America.

During the ceremony, bagpiper Brad Davidson of the Northport Pipe and Drum Band performed Amazing Grace and Veterans Advisory Board Vice Chairman Fred Amore raised the flag and later played Taps on the electric bugle. Supervisor Chad A. Lupinacci joined Veterans Advisory Board Chairman Bill Ober and Vice Chairman Fred Amore for the presentation of a wreath to honor all veterans at the flagpole on the Plaza.

Attendance at the Veterans Day Ceremony was limited to 50 attendees and took place amidst the American flag display known as the “Field of Honor” organized by the Kiwanis Club of Huntington, where custom printed American flags surround Veterans Plaza on the front lawn of Huntington Town Hall dedicated to each veteran honoree. The flags will be displayed until December.