The endangered fish was found dead and brought into Long Beach Marina in Smithtown. 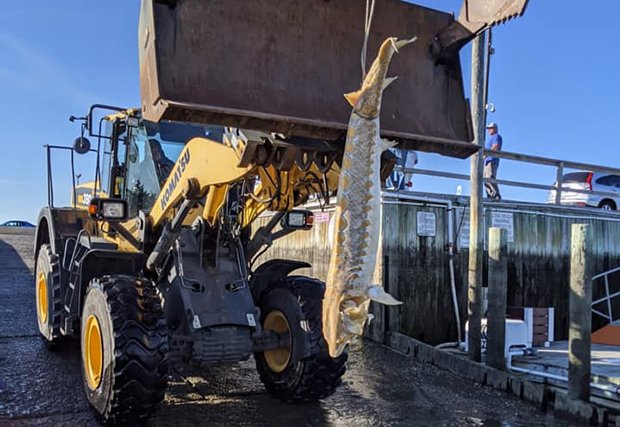 On Tuesday, Smithtown Bay Constables retrieved a dead Atlantic Sturgeon from the waters off of West Meadow Beach near Stony Brook. The fish was brought into Long Beach Marina in Smithtown.

According to the NOAA Fisheries website, Atlantic Sturgeon live in rivers and coastal waters from Maine to Florida. They hatch in the freshwater of rivers, then head out to sea as juveniles, and return to their birthplace to spawn, or lay eggs, when they reach adulthood. This is a slow-growing fish and can reach up to 14 feet in length and live up to 60-years-old. The population of the Atlantic Sturgeon has declined due to overfishing and habitat loss. They are  currently on the NOAA endangered species list. 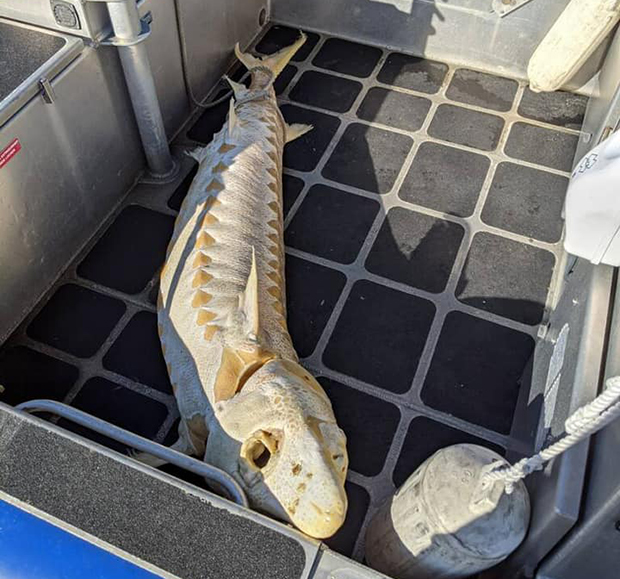 Ralph’s Fishing Station in Mount Sinai posted about the rescue on Tuesday night.

The Atlantic Sturgeon retrieved on Tuesday was reported to be over seven-and-a-half feet long. The cause of death is not known at this time. Sources on the scene said that the NYS Department of Conservation came down to the dock to inspect the fish and a statement may be released this week regarding the retrieval.