Floyd Academy to Be Featured on “Spotlight on Long Island Schools” on Nov. 26

William Floyd Board of Education President Robert Vecchio will be featuring students from the Floyd Academy on an upcoming episode of “Spotlight on Long Island Schools.” 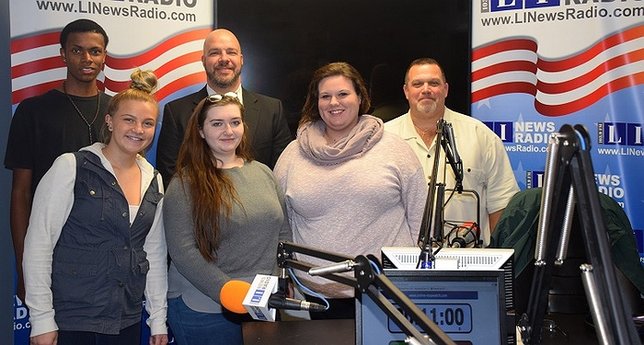 Ronkonkoma, NY - November 8, 2016 - William Floyd Board of Education President Robert Vecchio will be featuring students from the Floyd Academy on an upcoming episode of “Spotlight on Long Island Schools,” a program focused on showcasing the positive things happening in schools all across Long Island. The episode is scheduled to air on Saturday, November 26 at 10:30 am on Long Island News Radio 103.9 and streaming live at www.linewsradio.com.

This episode will feature Floyd Academy Principal John DeBenedetto and four students – seniors Lena Amodeo, Sean Garcia and Stephanie Gordon, as well as junior Megan Healy. During the interview, Mr. DeBenedetto shared about the Floyd Academy itself and the process of garnering acceptance which includes an application process or faculty referral. He also highlighted the more individualized attention that each student receives in the smaller classrooms and the 21st century learning environment. Students shared about their experiences at the Floyd Academy and the challenges that they faced before entering the program and how the program has helped them become successful. 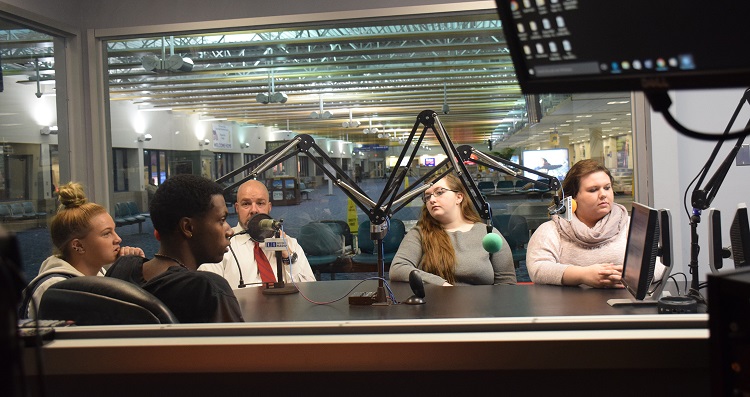 “It was wonderful to listen to the students discuss the remarkable progress they are achieving in this new program,” said Mr. Vecchio. “We are glad to have the opportunity to talk about it on the ‘Spotlight on Long Island Schools’ program.” Plans are in the works to have the same students on the program in the spring to give an update on their progress.

William Floyd will also be featured on two additional upcoming programs, a Superintendent’s Roundtable featuring Superintendent of Schools Kevin M. Coster along with his counterparts from other districts on December 3, 2016 and the perennial powerhouse William Floyd High School Youth & Government program on January 7, 2017. Youth & Government had the honor of being the inaugural show for “Spotlight on Long Island Schools” back in September 2015.

Mr. Vecchio has served as a trustee for the William Floyd Board of Education since 2003 and as the Board President since 2006. He is very active with the Nassau Suffolk School Boards Association and is a member of the legislative and executive committees. He has been called upon to testify before the New York State Senate Education Committee on educational issues, and maintains positive relationships with educational policy makers both on the federal and state level; he is widely regarded as a strong advocate for public education. Mr. Vecchio brings a unique perspective from multiple levels and is well versed in the current policy and financial issues school districts face.

“Spotlight on Long Island Schools” is recorded at the Slomin’s Studio in the terminal at Long Island MacArthur Airport and is sponsored by Suffolk Speech and Myofunctional Therapy.