The warning signs of drowsy driving include repeated yawning; struggling to keep one’s eyes open and focused; forgetting the last few miles driven; tailgating or missing traffic signals; and swerving or drifting between lanes of ... 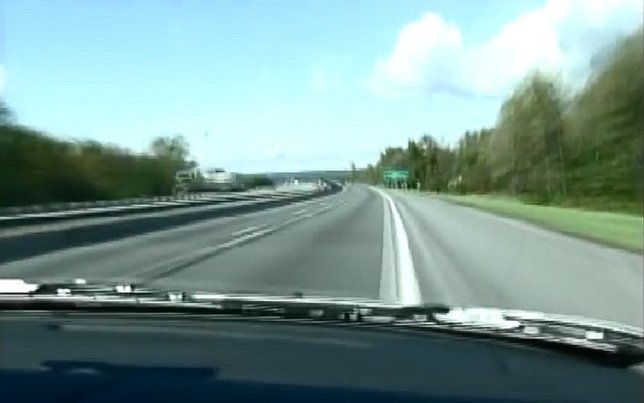 “Just like drunk, drugged or distracted driving, drowsy driving can have deadly consequences,” said DMV Executive Deputy Commissioner and Acting GTSC Chair Terri Egan. “Please be alert to the warning signs of fatigue, particularly as we adjust to standard time, and if you are feeling drowsy behind the wheel, switch drivers or – if you are driving alone – find a safe area to pull over and get some sleep.”
The warning signs of drowsy driving include repeated yawning; struggling to keep one’s eyes open and focused; forgetting the last few miles driven; tailgating or missing traffic signals; and swerving or drifting between lanes of traffic.
In 2015, according to statistics from the Institute for Traffic Safety Management and Research (ITSMR), “fatigue/drowsy driving” or “driver fell asleep” were listed 4,560 times combined as contributing factors on police crash reports statewide. Preliminary figures for 2016, through October, show those same factors listed 3,091 times on police crash reports statewide.
The National Highway Traffic Safety Administration (NHTSA) estimates that each year 100,000 crashes are reported to police nationally in which drowsy driving or driver fatigue is cited as a contributing factor. NHTSA estimates that those crashes result in 1,550 deaths, 71,000 injuries and $12.5 billion in losses annually.
To increase awareness of this issue, the New York State Partnership Against Drowsy Driving (NYPDD) is promoting a “Stay Awake, Stay Alive” message during the NSF’s Drowsy Driving Prevention Week. As part of the campaign, from Friday, November 4, through the morning of Monday, November 7, the “Stay Awake, Stay Alive” message will be displayed on message boards along the New York State Thruway, the I-87 Northway, and other major roadways statewide.
Anyone can be at risk for drowsy driving, but groups most at risk for crashes due to drowsy driving include: commercial drivers, including tractor trailer, tour bus and public transit drivers; people who work long hours of late night shifts; people with sleep disorders; new parents or caregivers of infants and young children; high school and college students, and young and newer drivers.
Established in 2004, the NYPDD seeks to educate the public and high-risk groups about the dangers of drowsy driving and promote preventive strategies. Members include representatives from the GTSC, the NYS Department of Health (DOH), NYS Association of Chiefs of Police (NYSACOP), the New York State Thruway Authority, New York State Police, DMV, NYS Motor Truck Association, AAA Hudson Valley, New York Association for Pupil Transportation,  NYS Association of Traffic Safety Boards, NYS Department of Transportation and NYS Sheriffs’ Association.
“The dangers of drowsy driving, particularly during this time of year, cannot be overlooked,” said Thruway Authority Acting Executive Director Bill Finch. “Rumble Strips are one of the many innovations the Thruway continuously looks to in an effort to help motorists remain alert against drowsy driving. As always, making sure drivers are fully rested before getting behind the wheel is critical in continuing to make our roadway one of the safest superhighways in the nation.”
State Health Commissioner Dr. Howard Zucker said, “Driving while drowsy is every bit as dangerous as driving while intoxicated and can, in the blink of an eye, forever alter or destroy a life.  We urge all motorists to be aware of the symptoms of drowsy driving and know when to take breaks or share driving responsibilities.”
Sleepiness can slow a driver’s reaction time, increasing the odds of a crash, as well as impair vision and judgment and delay the processing of information. Motorists should get adequate sleep before driving, take a break about every 100 miles or two hours and bring a passenger to help keep them awake and share the driving responsibilities. Do not drink alcohol before driving, and always be aware of the potential side effects of any medications.
The common strategies to avoid drowsiness, such as opening a window, turning on air conditioning or playing loud music, should not be relied upon to overcome fatigue. It can take a half-hour to feel the effects of caffeine, and that provides only a short-term increase in driver alertness. The safest thing for drivers experiencing drowsiness to do is to pull over and find a safe place for a nap or to sleep for the night.
For more information about the dangers of drowsy driving and strategies to avoid it, visit the GTSC's Drowsy Driving & Fatigue page, the  National Sleep Foundation’s Facts About Drowsy Driving and NHTSA’s Research on Drowsy Driving.
Additional driver safety tips and information are available by visiting the DMV's website and the GTSC website.